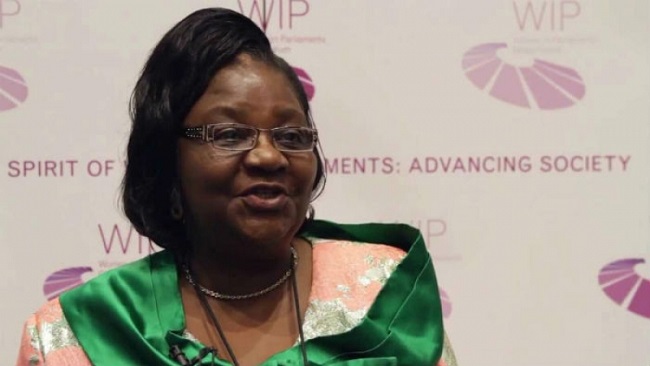 Aspirants for the four National Assembly seats in Fako Division, plus those aspiring to be Mayors, Councillors and other top notches of the ruling CPDM party, have raised the sum of FCFA 22 million for campaigns for the February 9 elections.

The money was raised on Tuesday, January 14, in Limbe, during a preparatory and sensitisation meeting that was chaired by the Vice Speaker of the National Assembly, Hon. Emilia Monjoa Lifaka.

Hon. Lifaka thanked party comrades for what she said was a good beginning for their all-out victory across the Division, come February 9. She said that with the sum at hand, and considering the difficult times the Division and the rest of the Region is going through, the party hierarchy in Yaoundé will be “glad to add even more”.

Hon Lifaka called on all CPDM aspirants and militants to endeavour to close ranks, put aside all grievances and be ready to fight as one force during the upcoming polls.

According to her, it is better for them to “first of all kill the elephant they are all gunning to capture”, before talking on how to share it. She called on all those who are already jostling to be Mayors, or otherwise, to keep aside such tendencies for now and focus on winning the elections on February 9.

Meantime, the issue of Separatists who have decided to stay in the bushes and are calling for a boycott of the elections across the two Anglophone Regions is an obstacle which the parties vying for elections on February 9 will have to contend with.

In this regard, Hon Lifaka said she was sincerely appealing to the Separatists fighters in the bushes to leave, lay down guns, come out and cast their votes on February 9.

She said that all those who are teleguiding the boys in the bushes are deceiving them, because, they are living in the comfort of the Diaspora and deceiving them.

“I am appealing to all the boys in the bushes that the time has come for all of you to come back to the house…Everything you are doing is rather inflicting pains on the very people you are professing to liberate.”

“If somebody is not satanic, how can he ask you to kidnap your own mother?” Lifaka asked as she went further to appeal to the boys to come out vote on February 9.

However, Lifaka’s plea is opposed to the stance of the Separatists who have issued a call for a total boycott of the elections within the Anglophone Regions.

The outgoing Mayor of the Limbe I Council, Rodanny Mbua, welcomed the militants on behalf of the Section President for Fako IA, Andrew Motanga, who was attending to other state functions.