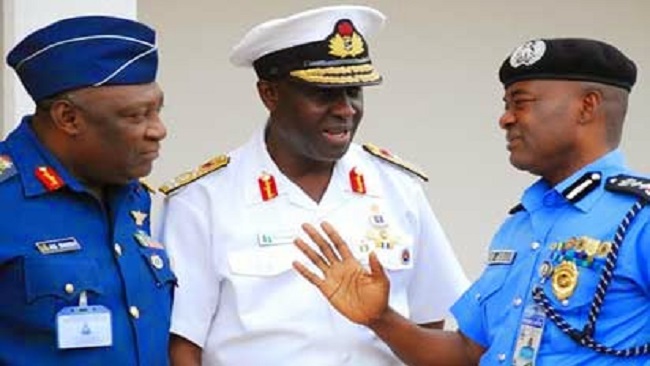 Abduction of Ambazonian leaders in Abuja: The Nigerian Police Force  got it all wrong 0

The Nigerian Police Force (NPF) recently sponsored an article in the Vanguard in which it claimed that the leaders of the Federal Republic of Ambazonia abducted last week in the capital city of Abuja flouted Nigerian laws by operating training camps deep inside the Federal Republic of Nigeria.
The Vanguard story further pointed out that Southern Cameroonians were staging an “Indigenous People of Biafra, IPOB-styled” revolution in Cameroon. The report stated that the leaders were arrested in both Taraba and Cross River states.
According to a Police source not cited by the publication “the government of Nigeria cannot be seen to be harbouring separatists from a neighbouring country like Cameroon when both countries are cooperating and jointly fighting to uproot Boko Haram terrorists who are insurgents trying to impose their own Islamic state in the North east.
In its ill-disguised attempt at misleading the Nigerian public opinion, the Vanguard noted that “It is common knowledge that the federal government of Nigeria recently clamped down on the illegal activities of the IPOB (Independent Peoples of Biafra). So how can the territory of Nigeria be used to train separatists to cause civil disobedience in such a friendly country?”
The Vanguard story also observed that the arrested Ambazonian leaders were caught red-handed within the training camps for separatist members for future confrontation with Cameroonian authorities. Vanguard confirmed that officials of Nigeria’s ministry of Foreign Affairs and Cameroon’s Embassy in Nigeria have held discussions over the arrest.
Ambazonians are of the opinion that the Nigerian Vanguard’s take on the ongoing crisis is shameful, disgusting and disgraceful. The reasons given by the Nigerian Police Force is also utterly wrong.  The revelation that the leaders were caught red-handed is mere whitewash.
The leader of the Interim Government of the Federal Republic of Ambazonia and his top aides were not arrested in Taraba and in Cross River State, but in Abuja. Correspondingly, a Nigerian Police Chief Inspector had issued a public statement informing Nigerians that there was  no incriminating evidence against the 39 Southern Cameroonians who were arrested in Taraba.
The Buhari administration, including the DSS, is very much aware that the Interim Government of the Federal Republic of Ambazonia is not engaged in any armed conflict with La Republique du Cameroun. The Interim Head of State, Sisiku Ayuk Tabe, has made this position loud and clear in his public outings in Nigeria and in the West.
Linking the Southern Cameroons crisis to the IPOB and Boko Haram is also an inaccurate stereotype. Biafrans have not sought refugee status in another country as it is the case with Ambazonians in the Federal Republic of Nigeria.
The war against the Nigerian Islamic Sect, Boko Haram, is an international issue which includes troops from the United States of America, Chad and Niger. To be sure, the Joint Multinational Force combating Boko Haram is not a Nigerian- French Cameroun affair.  The Bakassi Peninsula is also an international issue. However, Nigerians are being slaughtered everyday in Bakassi by French Cameroun gendarmes and many have been killed ever since the beginning of the Southern Cameroons uprising. Is the Nigerian Police Force saying that these Nigerians living in Bakassi and the border areas of Southern Cameroons cannot be protected?
Understandably, Boko Haram is a money making venture for the Nigerian and French Cameroun political elites, including the Vanguard newspaper. Consequently, the so-called Upper Houses and Lower Houses of both countries will prolong the Boko Haram war as long as it gives them money.
In any case, if the Buhari administration had any grievances with the Ambazonian leaders, why abduct them? Why not go to court? Painting the Southern Cameroons struggle with the same battery of adjectives used on political Islam is completely unacceptable. The Nigerian Police Force got it all wrong.
By Soter Tarh Agbaw-Ebai