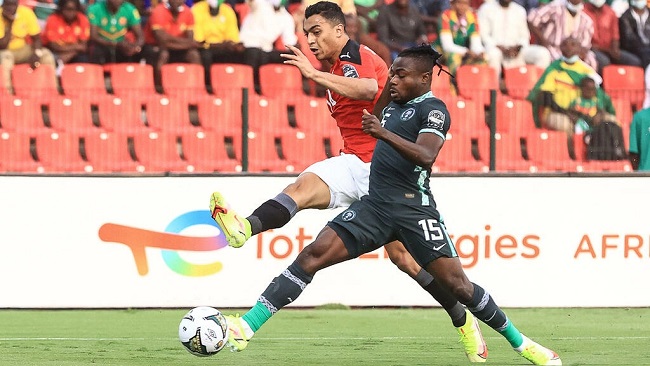 Egypt went into their first Africa Cup of Nations (CAN) match with high hopes, boasting a magnificent asset in the shape of iconic Liverpool striker Mo Salah. But Nigeria dashed their hopes: A clinical Kelechi Iheanacho strike put them ahead 30 minutes in and they never looked back.

Egypt just about edged Nigeria on possession until half an hour into the match – when a great opportunistic Iheanacho goal put Nigeria ahead. They never looked back after that, making repeated fast-paced runs and running Egypt scared.

The great star on the pitch this evening, Mo Salah, barely got a chance as Nigeria took control of the game upon Iheanacho’s goal and kept it.

Nigeria look like strong contenders to take the trophy after that performance – but both sides could go far. Nigeria have historically been one of the best teams in African footbnall – in 1994 they came fifth in the FIFA rankings, the highest position ever reached by an African team. They have won CAN three times – most recently in 2013 – and came third at the last tournament in 2019.

Egypt have won CAN a record seven times, most recently in 2010. They were widely favoured to take the trophy in 2019 due to Salah’s presence – but crashed out in the last 16 in a 1-0 defeat to South Africa.