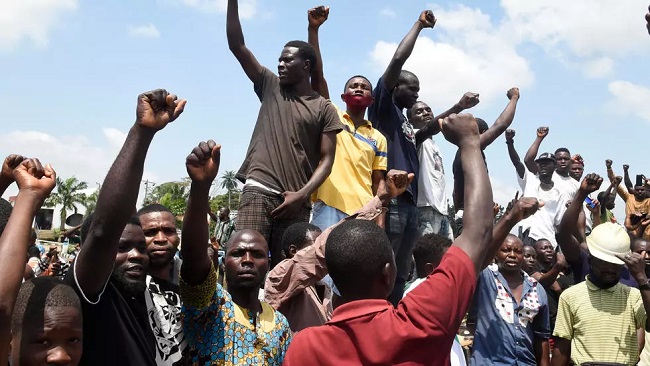 The African Union on Thursday strongly condemned deadly violence in Nigeria’s biggest city Lagos and called on all parties to “privilege dialogue”.

African Union Commission Chairman Moussa Faki Mahamat “strongly condemns the violence that erupted on 20 October 2020 during protests in Lagos, Nigeria that has resulted in multiple deaths and injuries”, his office said in a statement.

“The Chairperson appeals to all political and social actors to reject the use of violence and respect human rights and the rule of law,” the statement said.

Mahamat’s comments came as protests escalated in Lagos, following the shooting of peaceful protesters by security forces earlier this week.