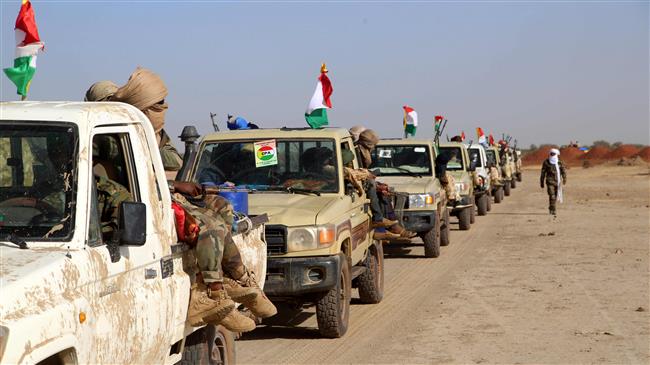 Mali’s second military coup in nine months has elicited a chorus of condemnation, with the latest stern rebuke coming from the African Union, which has both suspended the country with immediate effect and threatened it with more sanctions.

The regional bloc decided “to immediately suspend the Republic of Mali from participation in all activities of the African Union, its organs and institutions, until normal constitutional order has been restored in the country,” said the body’s Peace and Security Council in a statement late Tuesday.

The AU called for the military to “urgently and unconditionally return to the barracks, and to refrain from further interference in the political processes in Mali.”

The AU also warned that “the Council will not hesitate to impose targeted sanctions and other punitive measures,” if the military refuses to hand back power to civilian transitional leaders.

The bloc said it was “deeply concerned about the evolving situation in Mali and its negative impact on the gains made thus far in the transition process in the country.”

Goita’s appointment as the interim president raised concerns among West African leaders, who decided at a summit on Sunday to suspend Mali from participation in the Economic Community of West African States (ECOWAS).

The 15-nation bloc stopped short of imposing sanctions, but pushed for Mali’s transition to civilian rule under a previously agreed timetable.

The military has pledged to hold elections in early 2022.

It said last week that it would continue to respect that timetable, but added that it could be subject to change. Mali’s neighbors and international powers raised concerns that the latest coup will jeopardize a commitment.

The United States and France have both threatened sanctions against Mali — one of the world’s poorest countries.

The president also said he would pull its troops out of Mali. France has around 5,100 troops in Mali under a military mission, known as the Barkhane force.

It began operating in the African nation in 2013 allegedly to counter militants that Paris claims are linked to al-Qaeda and Daesh terrorist groups.

Observers have, however, cited suspicions about Paris’s other intentions in its former colony, which boasts rich mineral reserves.