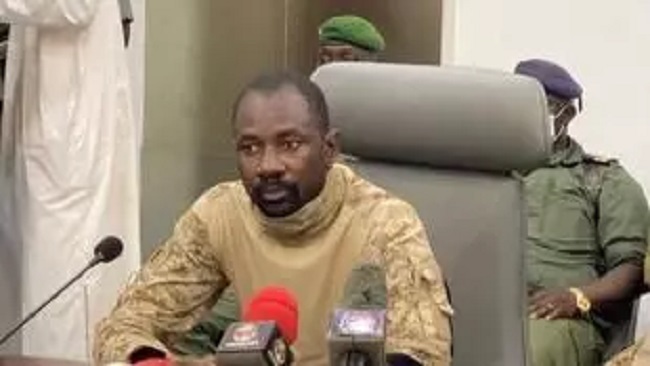 Military coup leaders in Mali faced a barrage of condemnation on Wednesday from international powers, with the African Union suspending the country’s membership a day after mutinying soldiers detained President Ibrahim Boubacar Keita following months of protests against his rule.

The chorus of disapproval included statements from the African Union (AU), the European Union and the United States demanding that the military leaders release Keita, Prime Minister Boubou Cisse and other officials detained on Tuesday.

Keita – under pressure from months of protests over economic stagnation, corruption and a continuing Islamist insurgency – said in a televised address hours after he was detained that coup leaders had given him no choice but to resign.

Jubilant crowds cheered the rebels as they arrived in central Bamako on Tuesday. Tens of thousands of protesters have taken to the streets of Bamako since June calling for Keita to resign over what they say are his failures to address security and economic woes.

The mutinous soldiers who staged the coup, who have called themselves the National Committee for the Salvation of the People, have promised a transition to civil political rule with elections to be held in a “reasonable amount of time”. In the meantime they have closed the country’s borders and announced a curfew.

A spokesman for the junta, Ismael Wague, said France’s anti-jihadist Barkhane force and the UN peacekeeping mission in Mali as well as forces from neighbouring countries were “partners for stability and restoring security”.

However, France and other international powers as well as the AU have denounced the mutiny, fearful that the fall of Keita could further destabilise the former French colony and West Africa’s entire Sahel region.

The AU has suspended Mali’s membership in response to the military’s seizure of power and the detention of the president, the bloc announced in a tweet on Wednesday. The suspension will last until constitutional order is restored, it said, demanding the release of the deposed president and other senior officials.

The current chairman of the AU, South African President Cyril Ramaphosa, called for the “immediate return to civilian rule”.

An emergency meeting of the UN Security Council convened on Wednesday condemned the mutiny and urged the soldiers to release all detained government officials without delay. The 15 members “underlined the urgent need to restore rule of law and to move towards the return to constitutional order”, according to a statement.

The influential West African regional bloc ECOWAS said it was sending a high-level delegation to “ensure the immediate return to constitutional order”. The 15-nation bloc – which includes Mali – also said that it would suspend the country from its internal decision-making bodies.

French President Emmanuel Macron said on Wednesday that “the fight against terrorist groups and the defence of democracy and the rule of law are inseparable”, referring to the situation in Mali.

“To leave is to provoke instability and to weaken our fight. It is not acceptable,” the French president wrote on Twitter, calling for power to be “returned to civilians,” for “milestones (to be) laid for a return to constitutional order” and for the Malian president and his prime minister to be freed.

French troops have been fighting in the country since 2013, after Mali asked it to help regain territory seized by Islamist extremists who had hijacked a Touareg rebellion in the country’s northern desert regions the previous year.

US Secretary of State Mike Pompeo denounced Keita’s overthrow in a statement on Wednesday. “The United States strongly condemns the August 18 mutiny in Mali as we would condemn any forcible seizure of power,” he said. “The freedom and safety of detained government officials and their families must be ensured.”

The EU condemned the events in Mali as “unconstitutional”.

“The European Union condemns the attempted coup d’état under way in Mali and rejects all unconstitutional change,” the bloc’s diplomatic chief, Josep Borrell, said in a statement Tuesday.

Neighbouring Algeria has also rejected the coup. “Algeria reiterates its firm rejection of any anti-constitutional change of government,” the foreign ministry said in a statement on Wednesday. It said Algeria was following with “concern” developments in Mali, with which it shares an almost 1,400-kilometre (850-mile) border.

Morocco also reacted to the coup on Wednesday, stressing the need for “stability” in Mali, calling for “responsible dialogue, respect for constitutional order and the preservation of democratic gains.”

In a statement shortly after the coup Secretary-General Antonio Guterres urged Malians to protect their democratic institutions and called for the “immediate and unconditional release” of Mali’s president.

The UN Security Council will hold an emergency meeting on the events later on Wednesday.