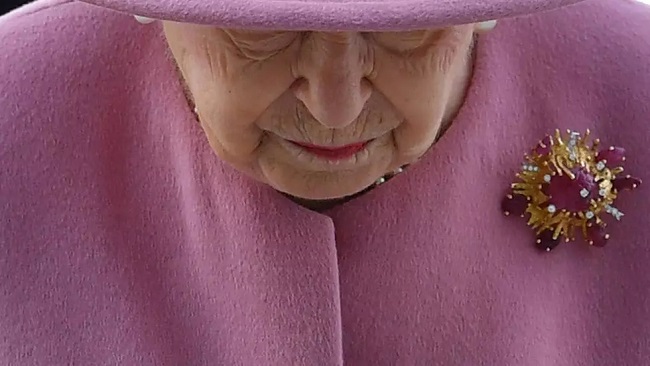 After Prince Philip: what next for Queen Elizabeth II? 0

Queen Elizabeth II faces the twilight of her record-breaking reign without her most trusted adviser and personal confidant — husband Prince Philip.

But his death last week aged 99 is not expected to change the monarch’s lifetime commitment to duty, as a new chapter beckons for Britain’s most famous family.

The Queen, who turns 95 next week, once described the Duke of Edinburgh as her “strength and stay”, in a rare moment of public candour.

He has been credited with the successful running of “The Firm”, cementing its position in national life, and helping it to weather crises and scandal.

“The Queen, as you would expect, is an incredibly stoic person,” said the couple’s second son, Prince Andrew, who has been under a shadow because of his links to the late Jeffrey Epstein, a convicted sex offender.

“She described (the duke’s death) as having left a huge void in her life,” he told reporters, adding the family was “rallying round to make sure we’re there to support her”.

A steady stream of close family members have visited the Queen since last week, including her eldest son and heir, Prince Charles, Andrew, and youngest son, Edward.

Edward said his mother was “bearing up”, despite the understandable shock at the loss.

The Times reported on Tuesday that she is currently not being given her daily red boxes of government papers during the two weeks of official royal mourning.

But early signs are the Queen will remain faithful to the commitment she made in a radio address to the Commonwealth as a 21-year-old princess from Cape Town, South Africa, in 1947.

“I declare before you all that my whole life, whether it be long or short, shall be devoted to your service,” she said.

Just a day after her husband’s death was announced, she had an audience with Prime Minister Boris Johnson, according to the Court Circular, which lists royal events and engagements.

On Tuesday, she hosted an event at Windsor Castle, west of London, to mark the retirement of the Lord Chamberlain, the most senior officer in the royal household.

She has links to more than 600 charities, military associations, professional bodies and public service organisations.

Prince Philip was almost ever-present at the Queen’s side since she acceded to the throne in 1952 but had been seen less after retiring from public duties in 2017.

It is expected she will now rely more heavily on Charles, his second wife, Camilla, Duchess of Cornwall, as well as second-in-line Prince William and his wife at engagements, according to British media reports.

Charles, now 72, has already taken on more of her duties in recent years, including overseas, in preparation for his long-awaited succession.

He is expected to accompany his mother for the state opening of Parliament on May 11.

Younger royals have also accompanied her at events, including online over videoconference during the coronavirus pandemic.

The Times quoted royal sources as saying she will still carry out solo engagements.

The Queen’s apparent desire to get out and about is in stark contrast to Britain’s last female monarch, Queen Victoria, who wore black for four decades and barely made any public appearances after her husband Albert’s death in 1861.

Her seclusion led her to being called the “widow of Windsor” and increased the popularity of the republican movement.

Public sympathy for the Queen after her husband’s death is high, and she has consistently topped polls as the most popular royal.

Her presence and longevity as Britain’s longest-serving monarch have helped stave off republican sentiment, even as attitudes to the monarchy have changed over the years.

Charles has effectively taken over his father’s role as the most senior royal male, and if he follows in his footsteps, he has a series of pressing issues to deal with.

Andrew’s public reappearance last weekend caused outrage in some quarters, as US prosecutors still want to speak to him about his links to Epstein.

The palace is also dealing with the fall-out of Charles’ youngest son Prince Harry and his wife Meghan’s shock move to the United States last year — and their explosive claims of racism and treatment in the royal family.

Saturday’s funeral will also see Harry and elder brother William reunited, with widely-reported claims of a deep rift between the pair.

The brothers — once close after the death of their mother, princess Diana, in a Paris car crash in 1997 — pointedly issued separate tributes to their grandfather after his passing.