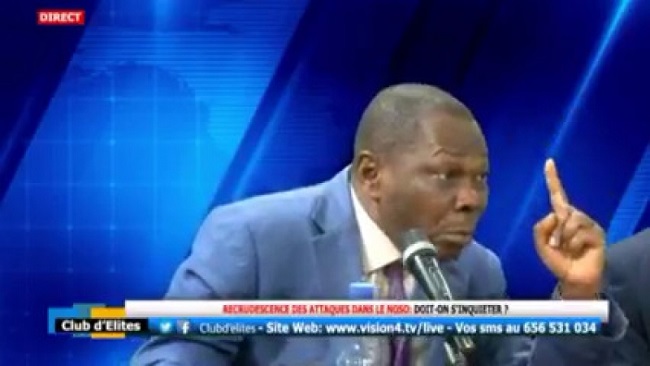 A senior Francophone political commentator Dieudonné Essomba says Cameroon is heading straight for secession if steps are not taken to set up a federated state.

“There is no calm in English speaking Cameroon. New abuses are recorded almost daily. In recent days, several soldiers have been killed in ambushes by pro-secessionist armed groups” Dieudonné Essomba said.

Dieudonné Essomba furthered that the Biya regime is in a weak position and does not have the political, economic, financial, diplomatic, media and strategic means to overcome the Southern Cameroons Interim Government and its majority Ambazonian following. “It is mission impossible,” Dieudonné Essomba told an audience in ”Club d’Elites” a program on Vision 4 TV.

“I have been saying for the past four years that if Cameroon persists in the unitary state, the Amba Boys will beat you to the punch. Four years ago, who could believe that the secessionists could kill 24 soldiers in a week? Who could believe it? I was the only one who believed it, because I am the only rational one… The Amba Boys have evolved, they have gained experience, they are at home and they are armed. They have come from nothing and they have managed to climb. They still have an enormous amount of room to manoeuvre while the state of Cameroon is in crisis and is no longer able to finance this war,” said the retired French Cameroun civil servant.

“For me, the only solution is to negotiate confederation. We must put an end to the unitary state, the Anglophones don’t want it anymore. We must propose a reorganised federal state. Without this, Cameroon will experience separation like Ethiopia, Somalia and Sudan,” Mr Essomba warned.