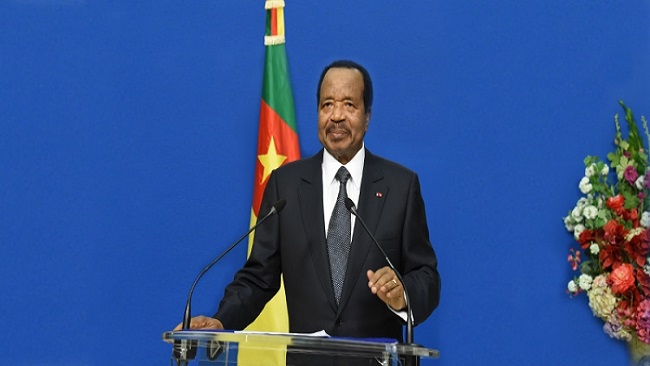 The Ambazonia resistance is also a war of soundbites and news headlines reaching international news media and western capitals. The Ambazonia “spartan” resistance in December, including Christmas day clashes despite otherwise crippling losses at the hands of government defence and security forces, were a race for the headlines in classic international news and on social media.

That has spoiled what would have been the declaration of President Biya’s career if he had to open his New Year Eve address thus: “Fellow Cameroonians, my dear country men, we crushed them!”

(Remember the American official in Iraq declaring with unsuppressed relish after the capture of Iraqi leader Saddam Hussein, “Ladies and gentlemen, we got him!”)

That soundbite from Biya, would have had to go viral over international media and, received in the capitals of powerful countries and organizations, would have had to douse pressure on Yaounde to engage genuine, inclusive dialogue with Ambazonia leaders. After all, the world only seeks to solve a problem affecting the world, that is, the strategic interests of the big players; they are not drawn by moral, humanitarian considerations. So, if Yaounde was having the situation under control, why would the world waste scarce resources here?

Despite or because of the creation of the Disarmament, Demobilization and Reintegration Committee (also obviously in Biya’s end of year speech calculations) which looked like an olive branch weeks ago, government forces increased their fire power, hoping to build on undisputable gains from what they thought would have the impact of “serial” decapitation killings of Ambazonia field commanders.

Because of DDR and the hope that offer of amnesty to “misled good boys” dragged into the bush by “criminal bad boys” would instigate desertion  by some Ambazonia fighters as Dr  Simon Munzu lamented in a recent TV interview or a mutiny, government forces might also have hoped for some rudderless or demoralized combatants to surrender to government forces or naively throw themselves into government ambush, get massacred in quantums and their bodies displayed as signs of failure of their resistance.

Yes, some field commanders have been killed. Yes, the “Bali  Massacre”  and the Batibo/Guzang “friendly fire” backstabbing left big wounds in the heart of the Amba revolution, and there have been other factional tragedies. But there are no signs of decapitation, demoralization, induced (not coordinated) demobilization nor even desertion from the rebellion (DDDDR).

It is a good guess that recent gun battle resistance by Ambazonia forces, including some reported ruthless actions taken against captured government forces are calculated moves to dictate the soundbites that reach international media and foreign governments.