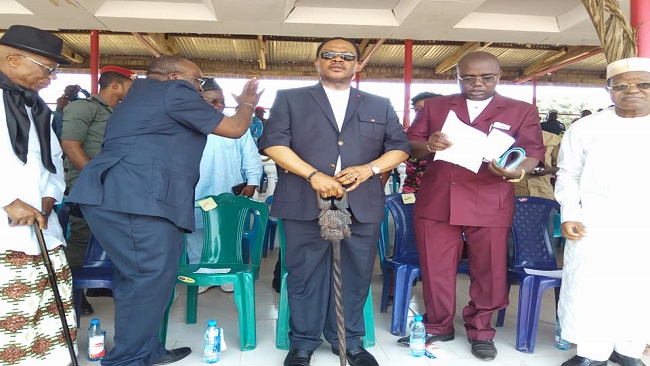 Minister Victor Mengot’s Manyu Solidarity Assistance Initiative for displaced persons in Manyu is ending in controversy today as the Mamfe population and tribal groups boycotted the event.  The youthful CPDM Member of Government arrived Mamfe, the chief town in Manyu amid growing anger and calls for “Odeshi” strikes on the ceremonial ground.

Minister Mengot was due to issue a policy statement projecting the CPDM crime syndicate as still in charge of affairs in the Federal Republic of Ambazonia but there was no one to listen to him.  A spokesperson for the Interim Government of the Federal Republic of Ambazonia said the boycott action was taken in response to Mr Mengot’s “inaccurate, misinformed, and disrespectful statement” regarding the genocide in Manyu. 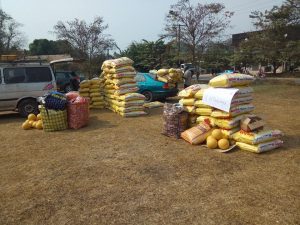 Minister Victor Mengot has consciously denied the reality of the occupation and the killings of innocent Southern Cameroons civilians in Manyu by the francophone dominated armed forces.

“As Ambazonians and supporters of the Interim Government, we cannot in good conscience host Minister Mengot, a person who denounces Manyus and prioritises the feelings of our women and children” noted Agbor James Enow a local businessman in Mamfe.