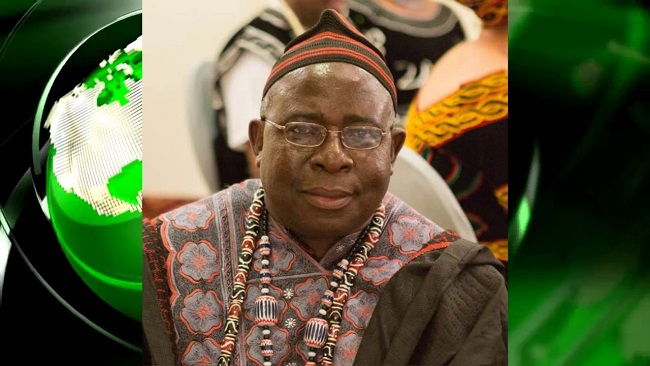 Ambazonia Liberation: Lack of vision and a sense of history will make the Reboot Conference to fail 0

Cameroon Concord News Group consistently advised the conveners of the so-called Reboot Conference to approach and work with the Interim Government if it intended to have legitimacy. Mistaking angry rhetoric, demagogy and self-importance for liberation strategy, they ignored the advice. The claim to power by some of the organizers is predicated on their longevity in the Ambazonia quest for freedom. This claim is based on a false reading of the history of the Ambazonia liberation struggle.

The Lawyers and teachers who took the struggle to the next level which has compelled the world at long last to start paying attention to the Ambazonia cause were not members of any of the platforms on which these individuals are relying on to justify their claims to leadership of the struggle. These individuals were taken off guard when the lawyers and teachers revolution occurred and transmuted to the Ambazonia freedom revolution, suggesting that the platforms and methods they provided were faulty; short sighted or simply lacked the humbling visionary ideology to rally the people towards reclaiming our independence.

Cameroon Concord News is therefore surprised that the so-called reboot conference is intending to reinvent the wheels of the Ambazonia liberation struggle by attempting to drag Ambazonia back to the divisive and visionless politics of self-fulfillment that stifled the cause for a sizeable period of our fifty-six years enslavement. Over a period of several years, these individuals solicited and obtained contributions from Ambazonians without accountability. None of them has contributed to the thousands of Ambazonian refugees in Nigeria nor have any of their appeals for funds targeted the welfare of the refugees.  Some of them spend time issuing threats to Ambazonians who have questioned their motives and their methods.

The involvement of CRTV journalists in the reboot conference poses serious problems. Can they be relied on to lead this struggle?

Cameroon Concord News Group requested to know the objectives of the so-called reboot conference, but their objectives are fuzzy. Coming at a time when Ambazonians have placed three critical issues on the agenda of our liberation struggle, the reboot conference as Cho Ayaba has stated in an audio message through a proxy, is to delegitimize the Interim Government and to validate their old wine in new skins which personalized power over the years.   Absent from their agenda are a clear strategy on how to defend our homeland, our refugee crisis, the liberation of our President Sisiku Ayuk Tabe, members of the interim government, Mancho Bibixy and thousands of our citizens in captivity. Also absent is a credible diplomatic roadmap taking into consideration the sub-regional and international dynamics of our struggle and strategic interests.

The conveners of the reboot conference are strange bed fellows united by their search for power, access to contributions from Ambazonians and the delegitimization of the Interim Government.  The reboot conference may signal the last time the conveners agree on any credible strategy on how to prosecute our liberation struggle. Boh Hebert vehemently opposes the military solution, while Cho Ayaba and Akwanga support it. None of them has the credential or the means to conduct viable diplomacy. They lack the temperament and tack to venture in that field. So therefore, what will unite them after the conference? How will the conference resolutions be implemented?

The attention of the international community is turned towards the President and members in captivity that they recognize as the legitimate leaders of Ambazonia. The reboot conference cannot and will not reinvent new leaders acceptable to the international community outside the Interim Government. The abduction of the president and members of the interim government by a joint force of Nigeria and French Cameroon has greatly legitimized the interim government and its leaders in captivity. The involvement of Nigeria has internationalized the Ambazonia cause.  While they are in captivity, a dissident group of individuals cannot replace them, or even take away the focus from them. The abduction in Nigeria is a serious international matter and places Nigeria as a key factor in the Ambazonia crisis.

No one in the international community will seek out for Boh Hebert, Ayaba, Akwanga, John Mbah Akuro as credible interlocutors in the Ambazonia crisis. The international community rally around the abductions and the request to free our leaders to de-escalate the conflict for an all embracing dialogue to occur.  Had the reboot conference conveners been intelligent enough to read the international mood, they would have moved to work with the Interim Government to own the focus on putting pressure on Nigeria over the abductions, its support for the genocide in Ambazonia, the refugee crisis and the war efforts to defend and free our land.

The abduction of our leaders and the refugee crisis are already at the international domain and key world powers and the UN are already on the files. The war crimes and genocide in our homeland are already being condemned. If the reboot conference conveners think that they can pit one issue, armed resistance, and funding to attain it and hope to attract enough world support for our cause, them they need to go back to school and study strategic diplomacy and world politics. The refugee problems are a critical issue that quickly invites United Nations and world intervention in crisis. That too will put pressure on Nigeria and the abduction will hasten the focus and intervention.

Self defense and its funding which seems to be the focus of the reboot conference is a laudable objective. But the question is what unites Boh Hebert, Akwanga, Cho Ayaba and John Mbah Akuro around this objective? What? Cameroon Concord News begs to ask. Cameroon Concord News strongly advises the conveners of the reboot conference to urgently engage in a discussion with the Acting President and the Interim Government with a view to restructuring the Interim Government to accommodate them so that an inclusive conference can be called to move our struggle energetically and with a respectable visionary focus.