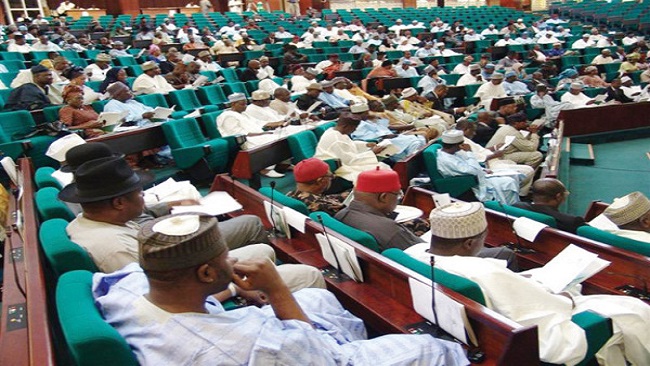 The House of Representatives on Tuesday at plenary rejected a motion urging the Federal Government to grant full protection to Cameroonian refugees and asylum seekers crossing into Nigeria. The motion by Hon. Sani Zorro also urged states and federal authorities to allow for the construction of refugee camps.

Zorro noted that there had been an influx of tens of thousands of asylum seekers and refugees fleeing Cameroon into Nigeria since the last quarter of 2017. He said that the refugees had continued to cross the Nigerian borders through Rivers, Benue and Taraba states, due to the crisis in Cameroon.

He urged the Federal Government and the United Nations High Commission for Refugees to extend full protection and assistance to the asylum seekers and refugees through timely provision of shelter, food and non-food items as well as security in their various camps.

The lawmaker further called for the prevention of alleged cross-border raids by the Cameroonian armed forces, which, he said, was inconsistent with humanitarian principles and best practices. He said in line with Section 33 of the Geneva Convention on the Treatment of Refugees, security personnel should not arrest and deport the refugees and asylum seekers.

Contributing to the motion, Hon. Nnenna Ukeje urged the house to take a critical look at the implications of granting full protection to the asylum seekers, considering relations between both countries.

She noted that Nigeria already had several security challenges and had entered into treaties with neighbouring countries to address insecurity in the country. Ukeje said that if caution was not taken in granting full protection to the fleeing secessionist Cameroonians, Nigeria could be seen to be supporting the division of Cameroon.

According to the lawmaker, Cameroon could pull out of the fight against Boko Haram in the region, adding that any action in favour of the secessionists, could sour the long standing relations between both countries.

In his remarks, Speaker Yakubu Dogara said that the security agencies, in line with the Geneva Convention, would profile the asylum seekers for proper identification. However, the legislators in the lower chamber unanimously voted against the motion when the speaker put it to a voice vote.