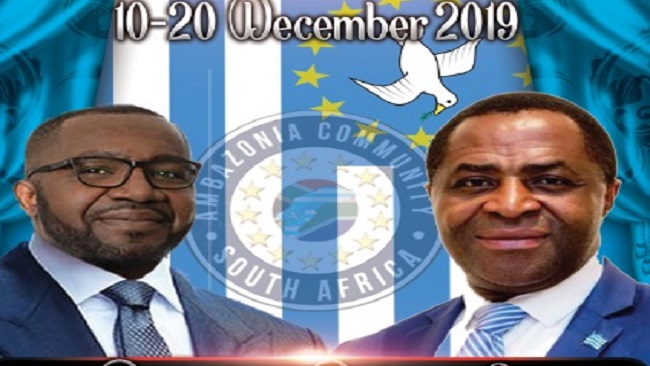 Southern Cameroons Vice President Dabney Yerima will visit the Republic of South Africa from the 10th of December in an official outing to the Rainbow nation harboring thousands of Ambazonian citizens and home to the Southern Cameroons national television, the SCBC, according to the Foreign Affairs Department of the Ambazonia Interim Government.

Dabney Yerima will be attending a series of Ambazonia national events in the cities of Johannesburg, Pretoria, Rustenburg and Cape Town to market the Amba Bonds Project and also to honor the jailed Southern Cameroons leader President Sisiku Ayuk Tabe and his top aides, a senior Ambazonia communication official told journalists on Monday.

According to the Southern Cameroons Interim Government, the purpose of the historic visit is to rally support for the newly created Bank of Ambazonia and to thank the Sisiku Ayuk Tabe majority following in the Republic of South Africa for their continues  solidarity and commitment with the people in Ground Zero including the thousands in French Cameroun detention centers.

Over the last three years, Southern Cameroonians in South Africa have been making significant contribution to the Ambazonia struggle and quest for an independent state.

Vice President Dabney Yerima is scheduled to arrive in Johannesburg on December 10. The Southern Cameroons exiled leader is scheduled to meet with the SCBC TV management team and will be making statements to the press alongside the Secretary of Communications, Milton Taka.