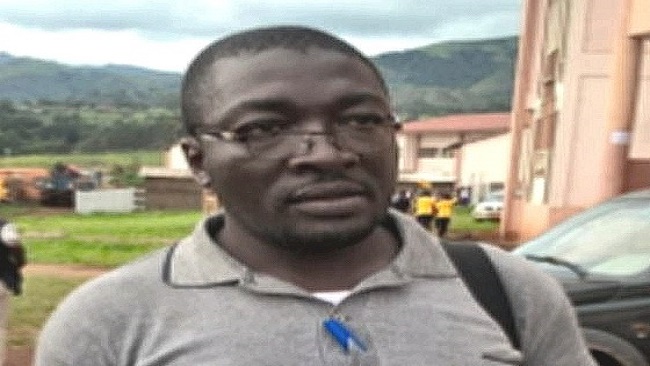 A prominent Cameroonian rights activist has been missing for nearly a month after heading to the restive anglophone region on a fact-finding mission, his partner said on Monday.

Franklin Mowha, the head of the Frontline Fighters for Citizen’s Interest, disappeared after leaving the commercial capital Douala on August 6 for Kumba, a town in the English-speaking South-West Region, Stephanie Flore Ngiedie Nkamgue told AFP.

“I have tried in vain to contact him on telephone,” she said.  “Nobody has been able to talk to him from August 6 and all his numbers have been unreachable from the 13th,” she said.

Years of resentment at perceived discrimination at the hands of Cameroon’s francophone majority have led to almost daily acts of violence and retribution and triggered a government crackdown.

Theophile Nono, another activist, said Mowha was going to Kumba to gather numbers on how many people had been displaced by the unrest. His family has informed the police but Cameroonian authorities have so far not commented on the disappearance.

The conflict in the anglophone region, where separatists have declared an independent state, poses problems for the organisation of the presidential election scheduled for October 7 in which the 85-year-old incumbent Paul Biya is bidding for a seventh consecutive term.

Anglophones today account for about a fifth of the West African country’s population of 22 million.