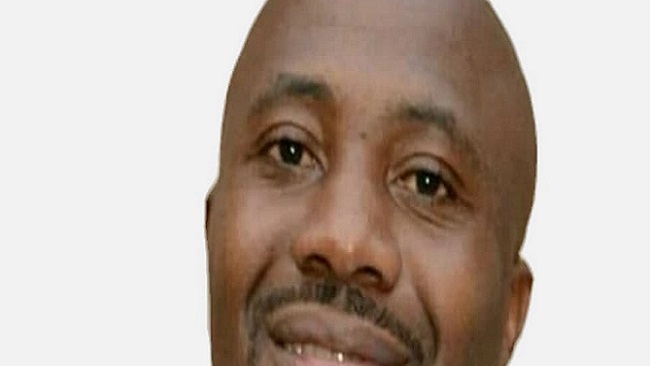 TWILIGHT DAYS OF 38 YEARS OF TYRANNY

” The falcon cannot hear the falconer;
Things fall apart; the center cannot hold;
Mere anarchy is loosed upon the world “
The second coming
William B. Yeats
1865-1939

Following the Ngarbuh Massacre of February 14,2020 where more than 22 women and children were murdered in cold blood and burnt in their sleep, this has sparked off international condemnation from both the United Nations Human Rights Council, Bishops around the globe, the civil Society and other world leaders including former Ghanaian president, John Jerry Rawlings. In each of these outings, they demanded that an investigation be opened to look into the case where the first accused being the Cameroun Military has been blabbing. The Ambazonian leadership headed by Vice President Yerima Dabney did not mince words telling the United Nations that Cameroun being a party to the conflict and the first accused cannot be asked to carry out an investigation into the assassination of 22 women and children in Ngarbuh,a village in Donga Mantung( Illaria Alegrozi of Humans Rights Watch put the number of deaths at 21). Yerima Dabney called for a United Nations to send into Southern Cameroons an Independent Fact-Finding Mission to ascertain the culprits behind these heinous crimes which have been going on since October 2016 in the Former UK Territory of British Southern Cameroons.

Speaking to DW Africa, a German Media House,the Cameroun army spokesperson Colonel Cyrille Atonfack denied that Cameroun cannot and will never allow any UN Fact-Finding Mission into it’s territory because Cameroun is not a failed state.
In his own words,
“Cameroon is not a failed state to allow an international investigation into the deaths of civilians last week”
Colonel Atonfeck also refuted allegations that government troops are responsible for the deaths of the civilians, but rather said it was an accident that happened during a crossfire with the Ambazonian Fighters.

WHAT IS A FAILED STATE?

A failed state is a political body that has disintegrated to a point where basic conditions and responsibilities of a sovereign government no longer function properly. A state can also fail if the government loses its legitimacy even if it is performing its functions properly. For a stable state it is necessary for the government to enjoy both effectiveness and legitimacy. Likewise, when a nation weakens and its standards of living decline, it introduces the possibility of total governmental collapse. The Fund for Peace characterizes a failed state as having the following characteristics:

The above indicators of a failed state are very visible in Cameroun as she engages in a military confrontation with the people of the former UK Trust territory of Southern Cameroons seeking the restoration of it’s statehood lost in 1961 following the non implementation of UNGA Resolution 1514 of December 14,1960 and UNGA Resolution 1608 of April 21,1961.

A) THE APPEARANCE OF REFUGEES AND THE INVOLUNTARY MOVEMENT OF PEOPLE

Since the Ambazonian War of Independence began as far back as October 2016 when the Anglophones initially took to the streets to decry wanton assimilation tendencies and marginalization of a people, talk of independence for “Cameroun’s Anglophone regions” was limited. Protesters were driven by a range of everyday grievances; They were frustrated with the inflexible school curriculum that privileged Cameroun’s French-speaking majority and kept English speakers at a disadvantage, and they were tired of a legal system that made justice harder to get for English speakers because it was dominated by Francophones.

That changed in late 2017, when President Paul Biya’s government responded to the non-violent protests with force. Cameroun’s security forces fired live ammunition from low-flying helicopters into crowds, and videos circulated of them beating demonstrators on the ground. The signal was clear: the government in Yaoundé had no intention of entertaining the Anglophone demands. This pushed the people to defend themselves against a tyrannical government. Cameroun since then has slowly but surely been disintegrating into pieces. It is a truism that the Yaoundé regime can no longer contain or effectively control the two regions which make up the Former UK Trust Territory of Southern Cameroons.

Following Paul Biya’s declaration of War at the Nsimalen Airport on November 30,2017, a decision to open up a military front in Southern Cameroons was arrived at, at a joint military conclave the following day. The Senior Divisional Officer for Manyu, Oum II Joseph, in a press release on December 1,2017 ordered the people of about 14 villages to “relocate to safer neigbourhoods of their choice in the hours that follow, failure of which they would be treated as accomplices or perpetrators of ongoing criminal occurrences registered on security and  defense forces”. There began an influx of refugees into neighbouring Nigeria. In a press briefing in Geneva by Babar Baloch, the spokesperson of the the Office of the UN High Commissioner for Refugees (UNHCR),the agency was working with the Nigerian Government and other UN agencies on a contingency plan, readying humanitarian assistance for up to 40,000 people crossing into Nigeria following Oum II Joseph’s declaration. As the war persisted, the number of refugees was on the rise. In spite of the Major National Dialogue called by Paul Biya to redress the Southern Cameroons question, nothing changed as just a few days before the holding of the February 9,2020 twin elections, UNHCR- Nigeria announced an influx of almost 8.000 refugees from the war- torn country. The Yaounde government has done everything possible to bring back the refugees but this has flopped.

B) THE EROSION OF “LEGITIMATE AUTHORITY”

As the crisis worsened, the Sub-Divisional Officer’s became the target as Southern Cameroons wanted nothing to do with Yaounde. The very first D. O to be targeted by Marcel Namata, the Sub-Divisional Officer for Batibo. The other Sub-Divisional Administrators simply fled from their command posts. On September 2018,Paul Biya in a note signed by Ferdinand Ngoh instructed the Minister of Territorial Administration, Paul Atanga Nji to reinstate all the runaway Divisional officers to their posts of responsibilities. The number of runaway Sub-Divisional officers amongst others included six (6) from Menchum, two (2) from Momo,three (3) from Belo, three (3) from Ngoketungia, (2) from Bui, one (1)from Meme which was the D.O for Konye, three (3) from Lebialem, one (1) from Kupe Manenguba and two (2) from Ndian etc. The Senior Divisional Officer for Lebialem,Etta Mbokaya Ashu relocated his office to Dschang after the Red Dragons attempted to kill his predecessor,Ugintoh Zachary. He however sustained serious injuries and was flown to Yaounde for medical attention.

The newly installed Senior Divisional for Bui, which has been a battle theatre for more than two years, Simon Emile Mooh in a press release threatened to sanction every Mayor or civil servant who had ran away to safer areas as the war raged on. In every sub division, it was the same, the violence and insecurity has forced the civil servants to flee to zones of safety.