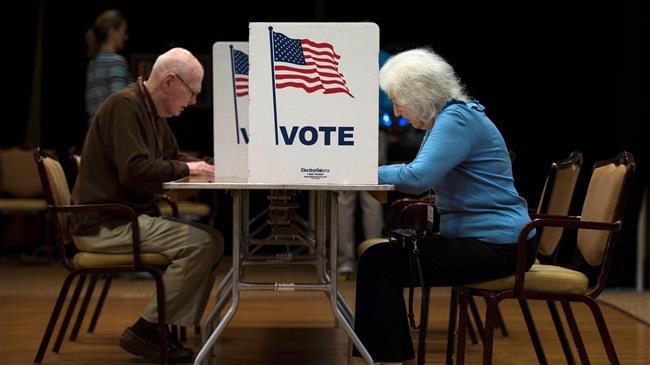 US citizens have started voting in the 2018 midterm congressional elections in which 35 million early votes have already been cast.

Polling stations opened at 6:00 am (1100 GMT) Tuesday on the East Coast, Republicans were keenly aware that losing their majority will hamstring his divisive, nativist political agenda over the next two years.

Republican President Donald Trump has warned voters that a Democratic victory in the  elections destroys the American economy and makes way for a “socialist nightmare.”

At stake in the elections are all 435 seats in the House of Representatives, 35 seats in the 100-member Senate, 36 governor’s posts and seats in state legislatures across the country.

Americans will elect lawmakers for all 435 seats in the House of Representative and 35 seats of the 100 seats in the Senate will be contested. In addition, 39 state and territorial governorship as well as numerous other state and local elections will also be contested.

Trump has acknowledged that members of his Republican Party could lose their majority in the House of Representatives.

Trump said Democrats may win by a narrow margin. He expressed more optimism about Republicans retaining control of the Senate.

In his final pitch to voters before Election Day, Trump told a huge crowd of supporters in Fort Wayne, Indiana on Monday that America’s “single best economy” was at stake and voting Republican on Tuesday was the only way to save it.

“If the radical Democrats take power, they will take a wrecking ball to our economy and to the future of our country,” he said.

The president then repeated what his critics call a “doomsday message” that he has been preaching over the past days, in an attempt to spread fear about a migrant caravan that is currently moving through Mexico to reach US border.

Democrats are generally favored to win the 23 seats they need to wrest the majority from Republicans in the US House of Representatives for the first time since 2010, according to opinion polls and nonpartisan forecasters.