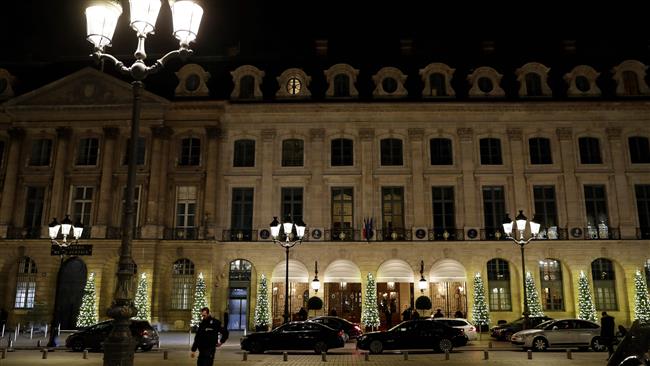 Axe-wielding robbers stole jewelry on Wednesday possibly worth more than $5 million from a store in the famed Ritz Paris hotel, police said.

Five thieves carried out the heist at the luxury hotel in late afternoon. Three were arrested while two others got away. There were no injuries.

“The loss is very high and remains to be assessed,” one police source said. Another put the figure at 4.5 million euros ($5.38 million), but said that a bag had been recovered possibly containing some of the loot.

The hotel first opened in 1898 and was the first Paris hotel to boast electricity on all floors and bathrooms that were inside rooms.

Armed heists targeting jewelry stores are not uncommon in the ultra-chic avenues near Place Vendome in central Paris where the Ritz is located.

Place Vendome, with its opulent window displays of jewelers and high-end watchmakers, has been the scene of several audacious daytime raids.

Security had been boosted in the area, which also houses France’s Justice Ministry, in 2014 after several daring armed raids on Place Vendome in which jewels worth between 420,000 and two million euros were seized.

The landmark Paris Ritz hotel re-opened its palatial doors to guests in 2016 after nearly four years of renovations and a major fire.

The hotel founded by Swiss entrepreneur Cesar Ritz in 1898 is storied as the lodging of choice of Marcel Proust, Charlie Chaplin, Coco Chanel and Ernest Hemingway, who has a small bar named after him.

In more recent history however, the Ritz has become known as the place where Britain’s Princess Diana spent her last hours before a car accident in a tunnel in the French capital while being pursued by paparazzi.