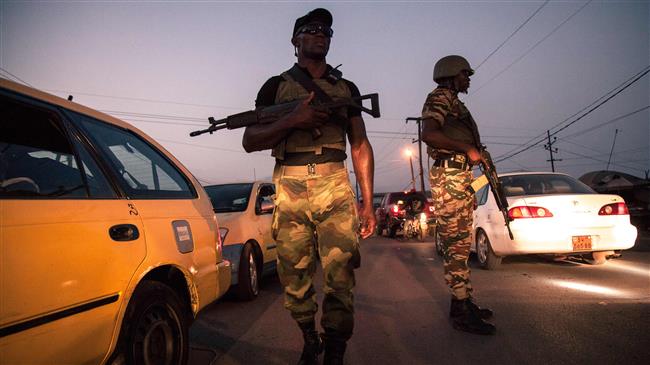 As conflict intensifies in Yaounde, thousands of Southern Cameroonians flee 0

As conflict intensifies in Cameroon thousands of civilians are being forcibly displaced from their homes. Violence between state forces and separatists has displaced more than 246,000 people within the Southwest region, while at least 26,000 have fled to Nigeria. The population is preparing for further violence following the outcome of the October 7 presidential election.

While votes are yet to be counted in an election that many see as neither free nor fair, a premature declaration of victory from opposition leader Maurice Kamto, for which he was branded an “outlaw”, is threatening to cause “new strife in a tense country”. The election was marred by both civil unrest and low turnout- largely because there are few residents left to vote. In some areas, it is estimated that more than 90 percent of residents have fled. Government officials, who would normally oversee the vote, are thought to have abandoned their posts in more than a dozen localities.

While the origins of the conflict can be traced back to language divides imposed by post- World War 1 colonial endeavours in the region, the conflict in Cameroon has steadily worsened in the two years since lawyers and teachers in the Anglophone areas began protesting the Francophone- dominated federal government. President Biya concentrated power in favour of French speakers during his six terms in office and blocked access to the internet in the English speaking areas for months, and Anglophone separatists have been turning to increasingly violent means, with bloody atrocities being reported on both sides. Residents and local officials provide frequent accounts of troops burning homes and shooting, detaining and executing civilians.

At least 26,000 predominantly Anglophone Cameroonians have sought protection in Nigeria, where many have reported being shown solidarity; “many refugees have found support within host communities. The inhabitants of small border villages share what they have with them – food, a room to sleep or work in the cocoa plantations. Some received a piece of land to cultivate. However, solidarity alone is not enough for people who have lost everything to re-start their lives.“

The UN has said the situation is becoming increasingly desperate. The Nigerian government have given land for refugee settlements but it is now fully occupied, and the UNCHR’s own provision for shelter, food, water and sanitation has been “constrained by sever underfunding”; “Most families are down to one meal per day. The coping strategies people are using are themselves risky, and range from borrowing money to cutting food portions or saving food only for children….Most asylum seekers say they are having to drink water from streams, ponds and other unsafe sources” and “malaria is reportedly already on the increase”.