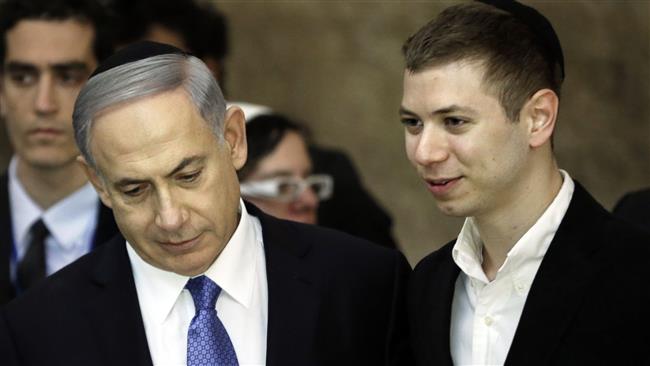 An audio recording of Israeli Prime Minister Benjamin Netanyahu’s son is leaked in which Yair can be heard drunkenly bragging about his father’s efforts to pass a shady gas deal outside a strip club.

In the audio track aired by Channel 2 News on Monday, Yair Netanyahu tells the son of an Israeli gas tycoon that his father pushed a controversial gas deal in parliament in favor of his father in 2015.

“Bro, you got to spot me. My dad made an awesome deal for your dad, bro, he fought, fought in the Knesset for this, bro,” said Yair to Ori Maimon, the son of the gas tycoon Kobi Maimon, outside the club. “Bro, my dad now arranged for you a $20bn deal and you can’t spot me 400 shekels?,” added Yari.

Yair can also be heard talking about strippers and how much money he and his friend have spent on them.

In the past, Yair had drawn media criticism over his lifestyle which is financed at the expense of taxpayers.

The recording was leaked at a time when Netanyahu is involved in two separate corruption cases, and investigators have questioned him multiple times.

The cases involve allegations that Netanyahu received lavish gifts from wealthy businessmen and negotiated a deal with a newspaper owner for more favorable coverage. He has denied any wrongdoing.

Congress president and Netanyahu’s long-time ally, Ronald Lauder, had given the premier and his son gifts, including expensive suits. The accounts prompted Israeli police to interrogate the prime minister.

Netanyahu is currently under probe over suspicions that he accepted 1 million euros (about $1.1 million) from accused French fraudster Arnaud Mimran for campaign funds during the 2009 elections.

There are also calls for Netanyahu to be investigated for his role in a billion-dollar deal to purchase three submarines from German shipbuilder ThyssenKrupp Marine Systems GmbH.