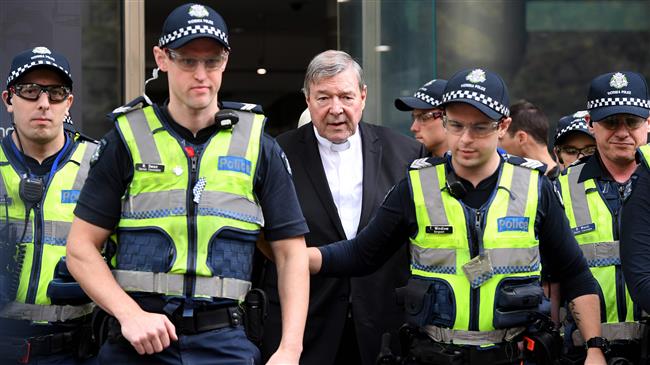 A Melbourne judge on Tuesday ordered the Vatican finance chief, 76, to stand trial on multiple charges, making him the highest-ranked Catholic to face such allegations.

Pell pleaded not guilty, and half of the charges initially filed against him were thrown out.

The exact details and nature of the alleged offenses remain confidential, other than they involve “multiple charges and multiple complainants,” dating from the 1970s and 1990s.

Some of the alleged offences were at a swimming pool in the town of Ballarat in Victoria state where Pell was a priest in the 1970s, and a second set of alleged actions were at Melbourne’s St Patrick’s Cathedral in the 1990s.

At Wednesday’s brief directions hearing in the Victoria County Court, Pell’s barrister Robert Richter argued that because the charges related to different locations and were 20 years apart, they should be split and heard in two trials.

Another court hearing was set for May 16 when final decisions and trial dates are expected to be set.

Pell, who entered the court surrounded by a police cordon, is on bail and has had his passport confiscated.

The former Sydney and Melbourne archbishop has been on leave from the Vatican, returning to Australia to fight the allegations, the most serious of which have been dismissed due to inconsistencies in the evidence.

Pell was one of the Pope Francis’ most trusted aides, handpicked by him in 2014 to make the Church’s finances more transparent.

It cemented a meteoric rise by the Australian, who was Archbishop of Melbourne and then Sydney before being named to the Vatican’s powerful College of Cardinals at the behest of Pope John Paul II in 2003.

In a brief statement Tuesday, the Vatican said it had “taken note of the decision issued by judicial authorities in Australia” and that Pell would remain on the leave of absence granted by the pope to defend himself.