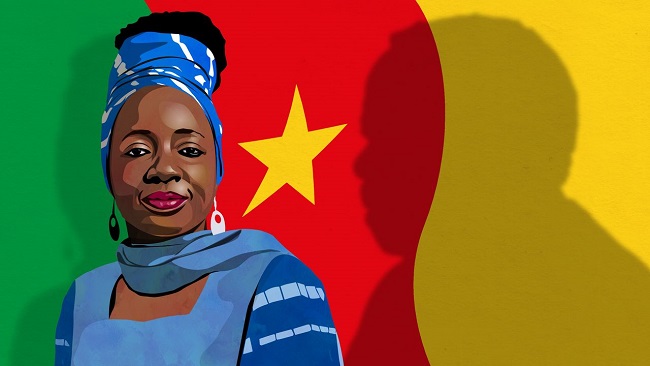 Beaten and hosed, Kah Walla is fighting to unseat the world’s most vicious dictator 0

Edith Kahbang Walla’s presidential ambitions began with a confrontation. It was 2010, and the opposition Social Democratic Front (SDF) was planning to field its longtime chairperson for the third time in the following year’s election against President Paul Biya. Walla challenged her party leader to a primary. When he refused, she quit.

A decade later, the 55-year-old management consultant — better known as Kah Walla — is a leading face of the Cameroonian opposition. The rare woman in the country’s top political echelons, the president of the Cameroon People’s Party (CPP) has faced arrests, death threats and beatings. But that has only strengthened her resolve to end Biya’s four-decade dictatorship. Only Equatorial Guinea’s Teodoro Mbasogo has been president longer.

As the coronavirus outbreak hit Cameroon, Walla wrote an open letter to Biya, who rarely addresses the country, asking him to publicly reassure citizens. When the octogenarian finally appeared in public in mid-April, it was only for a meeting with the French ambassador.

Walla is trying to fill that leadership void. Ahead of Ramadan, which started on April 23, she visited mosques to spread awareness on social distancing and to distribute masks. Her campaign is distributing masks to women in different parts of Douala too.

At the same time, Walla is playing the long game. To defeat Biya, she knows that Cameroon’s institutions need to change first.

After polling sixth out of 23 candidates in 2011, when she contested for the CPP, Walla was expected to build on that momentum in the 2018 elections. Instead, her party boycotted the vote, accusing the electoral commission of partisanship. Walla wasn’t going to legitimize what she says was a staged exercise. The CPP also boycotted the 2020 parliamentary elections, insisting on reforms of the political institutions and electoral process, rather than holding local elections.

“There has not been anything that even vaguely resembles a free and fair election in Cameroon in all of our history,” Walla says. “The ruling party has made the admin [electoral commission] a branch of the party.”

Indeed, when Biya won a seventh term by a landslide amid allegations of widespread fraud in 2018, it was not news. President since 1982, he had been prime minister for seven years prior. Biya’s former justice minister, Maurice Kamto, who contested as the opposition coalition candidate in 2018, was detained for nine months at the Kondengui maximum-security prison in Yaoundé, the Cameroonian capital.

The house where she lives in the commercial capital of Douala with her partner and their seven adopted children was surrounded by police trucks on the eve of the 2018 election results to prevent her from attending a peaceful protest.

All of that has failed to deter Walla, whose life so far has been a lesson in commitment to Pan-Africanism and civil liberties. As a nurse training at the University College Hospital in Ibadan, Nigeria — West Africa’s first medical college — Walla’s mother had promised her colleagues she would return there to give birth to her first child. In February 1965, she flew there to keep her commitment. As a child in a newly independent Cameroon, Walla would often accompany her mother to radio stations and listen to her speak about women’s rights on-air.

Walla’s civil servant parents were averse to partisan politics, and at home, Walla’s education focused on loyalty to nationhood and the rule of law rather than to government. “I grew up in an environment where it was very important to stand up for your rights and contribute to your community,” she says.

Those lessons in bridge building are central to Walla’s efforts to challenge Biya by uniting a divided nation. The next presidential elections are five years away, but she’s already preparing. The CPP organizes what it calls Black Friday campaigns during which attendees all wear black headgear, showing solidarity with political prisoners and the country’s Anglophone region, which has been fighting discrimination for decades. The key message, Walla says, is that the CPP is fighting an enemy common to all Cameroonians: Biya’s regime.

Challenging the dictatorship has costs. Walla has been kidnapped by the presidential guard, hosed during a protest, brutalized by security officials and arrested multiple times. It’s all far removed from the path she was charting when, after studying in Cameroon and the Ivory Coast, she went to the United States to earn two degrees, including an MBA from Howard University School of Business.

But after years of campaigning for political change from the sidelines, Walla took the plunge, joining the SDF in 2007 and winning elections to the Douala City Council that year. “She did what leaders must do: She raised her voice to be heard,” says Anne Doyle, a councilwoman in Auburn Hills, Michigan, who met Walla at a global women’s leadership conference in 2008.

Walla did that again, when she challenged the SDF leader. “He was shocked,” she says, laughing. But Walla was confident, says Ateki Caxton, the Yaoundé-based executive director of pro-democracy network NewSETA. She was seen as someone “not afraid to confront some of the very patriarchal orientations of the party,” Caxton says.

Patriarchy remains a challenge for Walla. “A lot of young people admire her party, but people still feel it’s not yet time to have a female president,” says Caxton.

And despite her support for greater Anglophone rights, Walla has received death threats from groups fighting for a breakaway republic of Ambazonia, comprising the country’s two Anglophone regions.

It is “unconscionable to opt for a fight that inflicts further violence” on people, Walla says. “I am very much for the cause, but I do not believe in secession, because as an African, I don’t believe that my identity begins with who colonized me, so I cannot see myself defining my future on the basis of being Anglophone or Francophone.”

So far, there’s little evidence that Biya’s grip over Cameroon is loosening. Still, Caxton believes Walla could be a “key actor in the post-Biya era,” whenever that may be. “She’s one of those people trying to break the glass ceiling, and in Cameroon, that glass ceiling is made of marble.” Walla has shown the patience and persistence to chip away until it’s her time.