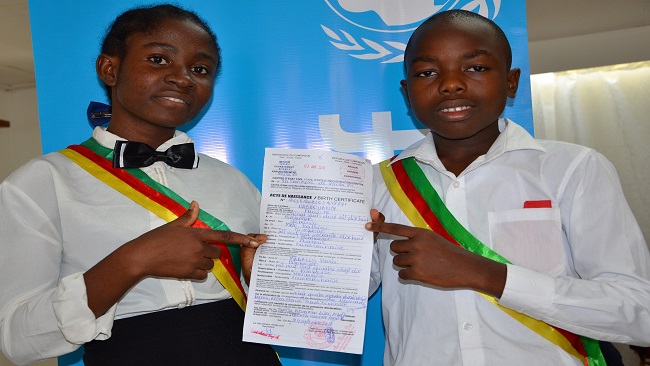 Cameroon has launched a drive to help parents register their children’s births in conflict-stricken regions, so the government can better plan health, education and other public services, the country’s Minister of Decentralization and Local Development, Georges Elanga Obam said on Monday.

“We are trying to modernize the legislation and the reglementation governing the civil status. We want by the end of next year to register something like 500,000 kids without birth certificates,” Obam told reporters in the capital Yaounde during a plenary session of the National Assembly dedicated to deliberate on birth registrations in the country.

According to officials, only four out of 10 children possess a birth certificate in the Far North region where thousands have been displaced by Boko Haram attacks and in the Anglophone regions of Northwest and Southwest ravaged by close four-year armed separatist conflict.

Members of parliament expressed concerns that the country has one of the lowest rates of birth registration in Central Africa with just about 66 per cent of children owning a birth certificate.

Most parents in rural areas of Cameroon do not register their children because of the long distances to registry offices, cumbersome process and high cost, officials said.

Child’s rights campaigners say ensuring every child’s birth is registered is key to safeguarding basic rights and access to healthcare, education and justice.