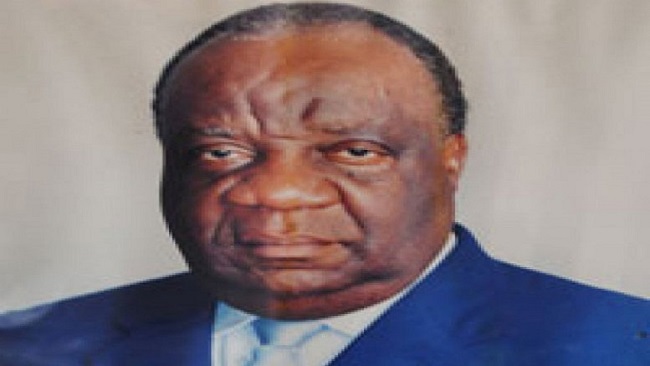 The Chairman and Editor-In-Chief of the Cameroon Concord News Group says the 88-year old President Paul Biya and his ruling CPDM crime syndicate have a definite national responsibility over the demise of Professor Gervais Mendo Ze who headed the Cameroon Radio and Television for more than a decade.

Concord Group’s Chairman, Soter Tarh Agbaw-Ebai made the revelation on Thursday saying Biya and his hitmen’s criminal act of slowly killing Professor Gervais Mendo one of the nation’s finest academic revealed the modus operandi of the criminal gang at the head of affairs in Yaounde. Mr. Agbaw-Ebai added that several top ranking Cameroon secret service officers of Beti Ewondo extractions were involved in what was an organized diabolic harsh ploy operated from inside the presidency of the republic.

Prior to his untimely death, Professor Gervais  Mendo  Ze, the former CRTV General Manager,was in the spotlight for all the wrong reasons in Yaounde.

Kondengui prison guards with the secret approval from the Minister of Justice, Laurent Esso aired a  video of the former supporter of the Yaoundé-based crime syndicate that portrayed Professor Mendo Ze as a bag of bones and a victim of a vile system he served and propped whole-heartedly for many years.

“Our cream of undercover reporters in Yaounde have now concluded their investigation and we of Cameroon Intelligence Report can now reveal that Mendo Ze was indeed brought down by the man and the system in which he had unwavering faith and trust” Soter Agbaw-Ebai added.

“The most pathetic part of it is that President Biya that he and his family served and applauded for decades is the man who personally orchestrated his downfall and possible demise” the Concord Chairman furthered.

The regime accused the late Mendo Ze of embezzlement and sentenced him to 20 years in the Yaoundé Maximum Security Prison. But when many actually wondered if his destruction was not the aftermath of personal issues he had with President Biya, Cameroon Intelligence Report then opened a thorough investigation into the Mendo Ze affair.

Many top security officials contacted by Cameroon Intelligence Report who are in the know of the truth declined to comment. Many of those who participated in the process and know the truth have eaten, drunk and danced with the evil “God of Etoudi” the 88-year old President Biya who is known to be vindictive and they simply want to stay away from trouble.

As General Manager of CRTV, Mendo Ze invariably played a role in line with the principled policies of the United Republic of Cameroon to help establish peace and stability with all political actors including SDF Chairman Ni John Fru Ndi. Mendo Ze adopted various measures and devoted a great deal of efforts to bring the Roman Catholic Church and its majority following to commit to the united Cameroon ideology.

Hailing the late Professor Gervais Mendo Ze as a national hero, the Cameroon Concord News Group Chairman said the renowned academic’s last days on earth exposed the too much blood in Biya’s hands.