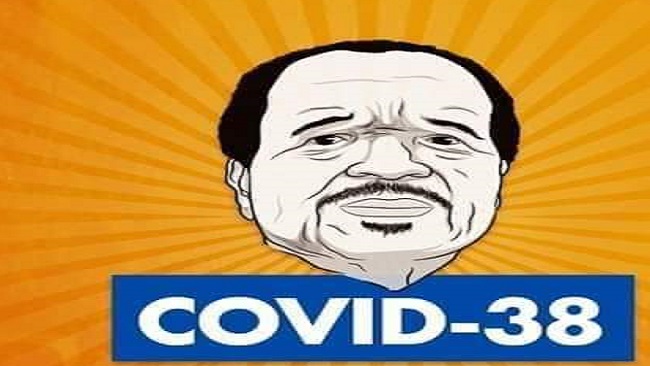 One might suppose the coronavirus pandemic has given African leaders an opportunity to rethink their approach to governance. This particularly holds true for Cameroon, which appears to have suffered the brunt of the virus in Central Africa, registering close to half of all 1 025 fatalities in Central Africa as of Monday. By this same date, the country had 18 762 confirmed cases, surpassing its neighbours Chad, Congo, the Central African Republic and Gabon combined.

But with the coronavirus, the more things seem to have changed, the more they seem to have remained the same. Despite the free lessons offered by the pandemic, Cameroonian officials appear not to have learned to build on public trust to better prepare for future crises like the climate crisis, which is slowly grinding, but devastating in its effects.

For any response to a crisis of the magnitude and complexity of the coronavirus to succeed, it will largely depend on the contribution and collaboration of the masses. President Paul Biya, 87, presumably understands this, which is why, when he managed to address his compatriots on the coronavirus for the first time on May 19, he called on them to remain united, supportive and disciplined.

“I, therefore, call on Cameroonians to have trust in public authorities,” Biya said. But Biya himself has not earned the trust he is requiring of citizens; because of that, the country’s citizens have not made “a lot of effort” to fight Covid-19, as he implored them to.

As part of measures to contain the coronavirus in Cameroon, the government made the wearing of face masks in public mandatory; limited gatherings to 50 people; and closed all land, air and sea borders. But the president has, on several occasions, appeared in public without a mask. Other public authorities, such as MPs, have flouted the restriction on gatherings, and the country’s airspace was opened to Air France to run commercial passenger flights from France — a high-risk country at the time.

Such behaviour by public authorities during a pandemic nips public trust in the bud. It means people are less likely to trust the same public officials asking them to make sacrifices by giving up certain rights and privileges for the sake of the nation.

It is, therefore, not surprising to see Cameroonians ignoring the preventive measures put in place by public authorities. Many citizens have become carefree. They no longer put on face masks in public, nor observe the hygiene and physical distancing measures set out by the government. The outcome is that the contagion keeps rising and there are no indications when the curve will flatten.  Manaouda Malachie, the minister of public health, recently warned of a second wave of the coronavirus in the country if strong action is not taken.

In future, this lack of public trust is going to frustrate responses to potential crises, should the tide not be reversed. People who mistrust their leaders in ordinary times can’t trust them one bit in extraordinary times.

In addition, the government has not been proactive in shining a light on the management of resources contributed by the public to help fight the coronavirus, putting its transparency in handling the pandemic in question.

In July, some citizens took to social media to question the whereabouts of about 4 000 bags of rice that had been donated in March by Orca, a home goods retail store. It was only then that the minister of public health communicated information about the donation. Yet the minister only shifted the burden of clarification from himself to the 10 regional governors: he said the bags of rice had been dispatched to the regions for further distribution. How or whether the bags of rice got to the intended beneficiaries is still unclear.

The health minister also offered an explanation of how about  21-billion CFA francs ($38-million) of funds designated for the Covid-19 response had been spent only a few days after an opposition MP raised an alarm over suspicions of corruption. Jean-Michel Nintcheu of the Social Democratic Front had expressed concerns that the money — contributed by the public through a national solidarity fund — had been subject to corruption, citing overbilling and conflicts of interests within the public health ministry and among its officials.

Cameroon has a longstanding problem of corruption. It has emerged as the world’s most-corrupt country on two occasions, according to Transparency International’s Corruption Perception Index. Systematic corruption continues to be a problem. It would have, therefore, been surprising if the coronavirus didn’t come up against the all-pervasive corruption in the country.

The public health minister created a commission to investigate corruption in relation to the Covid-19 response, even though several anti-graft structures already exist in the country. But this doesn’t translate to a serious intent to fight corruption when a lack of transparency in the management of public funds leaves a perception of corruption in the minds of the people.

Giving room to citizens to perceive corruption in the response to a pandemic is exactly how not to handle a crisis. It will certainly affect future handling of crises. It is apparent that there is no one to compel these public officials to be transparent at all stages in their management of the current crisis — and their own consciences don’t appear to be sufficient.