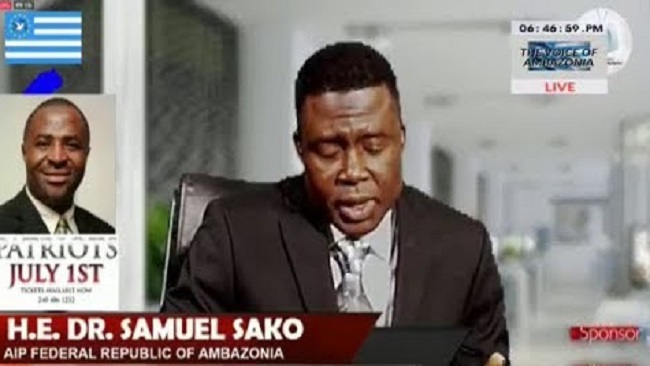 Cameroon Intelligence Report has been hinted of a Biya regime diabolic harsh plot to kill the Acting President of the Federal Republic of Ambazonia, Dr Samuel Ikome Sako in the USA.  A well-placed source deep within the Francophone government told our Yaoundé city reporter late yesterday that Etoudi has given the green light for the Cameroon embassy in Washington to bankroll the action against Dr. Sako.

The plot is understood to centre in New York where Acting President Samuel Ikome Sako will be lured by some Chadian and Gabonese diplomats for a talk on the situation in Southern Cameroons. We understand that details of the Francophone government conspiracy against the exiled Southern Cameroons leadership were contained in a document bearing the signature of Ferdinand Ngoh Ngoh the Minister Secretary General at the presidency of the republic.

According to our source in Yaoundé, senior security officials who recently met President Biya at his palace in Mvomeka’a discussed a killing spree to include targeting His Excellency Dr. Ikome Sako, the Secretary of Communications, Hon. Chris Anu and some members of the Interim Government. Information of the alleged plot filtered as the situation on Ground Zero continues to grow from bad to worse.  Our correspondent in Yaoundé has not been able to know how detailed the alleged plot is, how far advanced it is or how feasible is the plan.