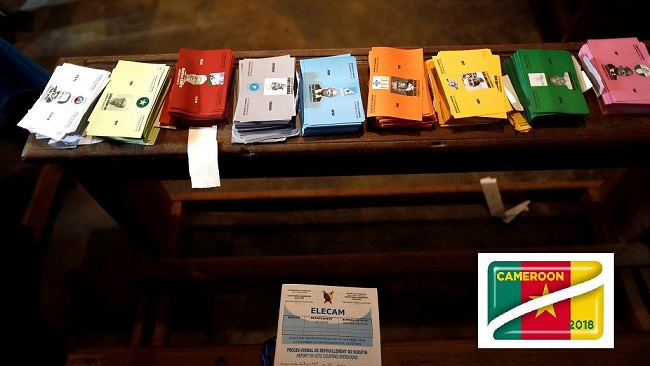 Local media portals are reporting that a leaked result shows that president Paul Biya was in the lead with over 71% of votes cast. The government or ELECAM has yet to confirm or deny the information.

The fight against fake news was one of the core campaign issues ahead of the election. Yaoundé had gone as far as seek the help of social media giants, Facebook, to help combat the menace.

Elections body, ELECAM, on Thursday confirmed that it had been served legal challenges to the October 7 presidential polls. A total of 18 individuals and parties had approached the Constitutional Council.

“They are thus allowed 48 hours to submit their replies, against a receipt. Section 133 (3) od the Electoral Code,” it added in a tweet.

Meanwhile a local journalist is reporting that the main opposition Social Democratic Front, SDF, candidate, Joshua Osih in his application to the Council is seeking a total cancellation of the process.

ELECAM has fifteen day period to release results but opposition parties hold that it is largely a period during which results are manipulated. An Aspirant, Maurice Kamto claimed victory on Monday with a government response branding him as “irresponsible and lawless.”