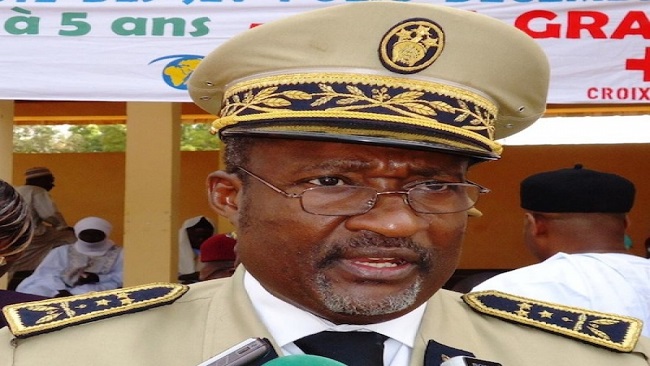 Cameroon’s Electoral Commission (Elecam) has made public the lists of candidates selected for the 2018 senatorial elections, which take place on March 25th. Of the 42 lists submitted by 9 political parties in competition, 36 were validated and 5 others rejected. The Social Democratic Front (SDF), the so-called main opposition party reportedly withdrew its list in the Central region.

The ruling CPDM crime syndicate list and its ally, the National Union for Democracy and Progress (UNDP, ​​led by Bello Bouba-), were selected in all the 10 regions of Cameroon. Ni John Fru Ndi’s SDF party will be represented in five regions, Adamaoua, East, Littoral, North West and South West.

The ANDP, National Alliance for Democracy and Progress of Hamadou Mustapha, is competing in four regions, the Far North, Littoral, South, and South West.

The Democratic Union of Cameroon (UDC) of Dr. Adamou Ndam Njoya, presented candidates in the Littoral and West regions. The Union des populations du Cameroun, UPC is running in two regions namely the Center and the Littoral.

The National Front for the Salvation of Cameroon, one of the political parties in the consortium of the ruling CPDM crime syndicate led by the Minister of Communication, Issa Tchiroma Bakary, will participate only in the North.

UDP and UMS, two obscure opposition parties not represented in the National Assembly are competing only in one region- North West for UDP and West for UMS. Maurice Kamto’s Movement for the Renaissance of Cameroon (Mrc) is the only political party represented in parliament calling for a boycott of the vote. The Cameroonian Senate has 100 senators, 70 of who are elected and 30 are appointed by the 85 year President Biya.