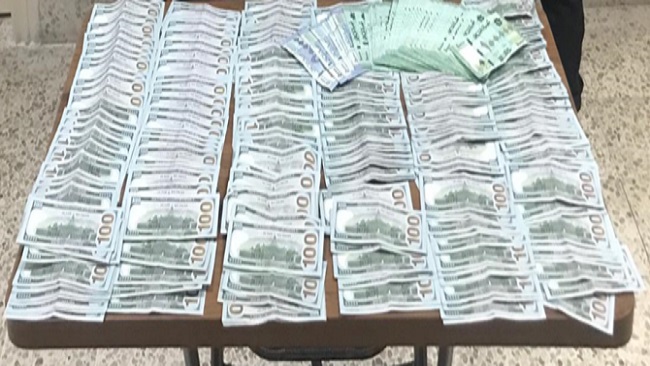 Lebanese police arrested a housemaid accused of stealing $50,000 in cash from her employer in a case that highlights the country’s desperate dollar shortage.

The theft is believed to be one of the largest cash robberies since the deepening economic crisis destroyed the value of the Lebanese pound and led to banks blocking dollar withdrawals.

The Cameroonian housemaid, who worked for a Lebanese employer in Beirut’s Achrafieh district, admitted stealing the money and running away on March 17, the Internal Security Forces [ISF] said.

“The amount of dollars in cash is one of the biggest, if not the biggest that has ever been stolen since the economic and dollar shortage crisis hit Lebanon in 2019,” a senior ISF officer told Arab News.

The case has also shone a light on the plight of domestic workers in Lebanon amid the economic collapse.

Most maids go to work in Lebanon so they can send dollars to their families.

In October 2019, the Lebanese Central Bank banned the withdrawal or transfer of previously deposited dollars in a bid to avoid a run on the banks. As a result, dollars became increasingly scarce.

The crisis led to many Lebanese withdrawing money from their bank accounts and hiding cash savings in their homes.

Some experts have estimated that as much as $3 billion of cash has been stashed away inside properties.

The ISF officer said there had been plenty of dollar cash thefts since 2019 but that the latest was one of the biggest.

Identifying the Cameroonian suspect as 33-year-old E.Y., the ISF said police confiscated more than $4,000 of cash and 6 million Lebanese pounds, three telegraphic transfer receipts to her home country worth $6,000 and a new smart phone.

“She was the primary suspect since she went missing instantly after her employer reported to the police,” the statement said.

She was traced to Tripoli in northern Lebanon, where she was arrested.

During questioning, she admitted that she kept part of the money hidden in a flat that she rented in Al-Bwar area outside Beirut.

She confessed that she gave $12,700 to her two friends who were also arrested. They told officers they had transferred part of the money to their families in Cameroon.

“The suspects were referred to the General Prosecution to be forwarded for trial,” the statement said.