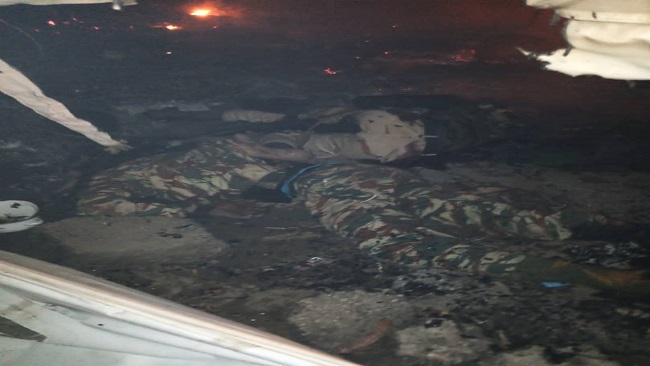 In the most gruesome incident Boko Haram has killed and burned the bodies of five Cameroon government army soldiers.

The Cameroonian government soldiers were burnt to death while sleeping in their vehicles during an overnight stop, officials told Cameroon Concord News.

The attack took place in Zigue town in the Far North region of the country.

Boko Haram Camerounaise is a new militant group waging a brutal insurgency in French Cameroun and calling for the release of all top political prisoners of Fulani and Hausa extractions including Marafa Hamidou Yaya former Minister of Territorial Administration.

The Biya Francophone regime has repeatedly said that the militants have been defeated, but attacks continue.

Senior military leaders looked visibly shaken when they saw the charred bodies during a recent visit to Zigue.

Boko Haram fighters came in trucks mounted with heavy weapons, before killing, burning, and looting, the Governor of the Far North region was quoted by our source in Maroua as saying.

Cameroon state radio and television has instead been commenting on a presidential decree appointing CPDM sycophants into positions of responsibility at the presidency of the republic.

By Fon Lawrence with files from Maroua