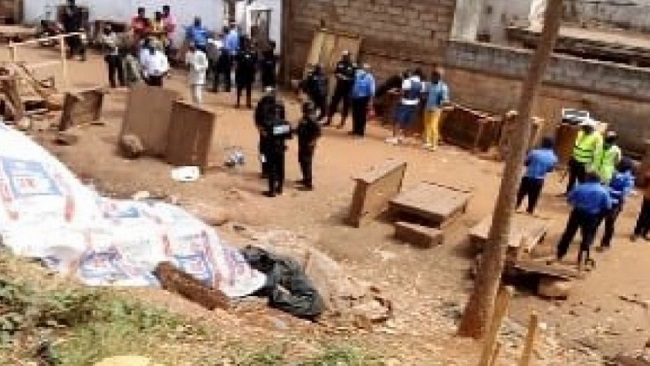 At least 9 people were seriously wounded in a bomb blast in the nation’s capital Yaoundé today February 21 2022, police and emergency services said.

A box of tomatoes packed with explosives was detonated inside Marche d’Etoudi in the first district in Yaoundé some two kilometers from the presidential palace, a senior police officer in the capital, confirmed to Cameroon Concord News.

The powerful blast caused destruction of a business center in the area, our source added saying 9 people were wounded and were rushed to a local hospital.

No Southern Cameroons group has claimed responsibility for the attack but the Biya Francophone regime in Yaoundé through a statement posted on social media has blamed the attack on the Ambazonia Interim Government.

The latest blast comes amid tight security measures in the two Cameroons during the Africa Cup of Nations.