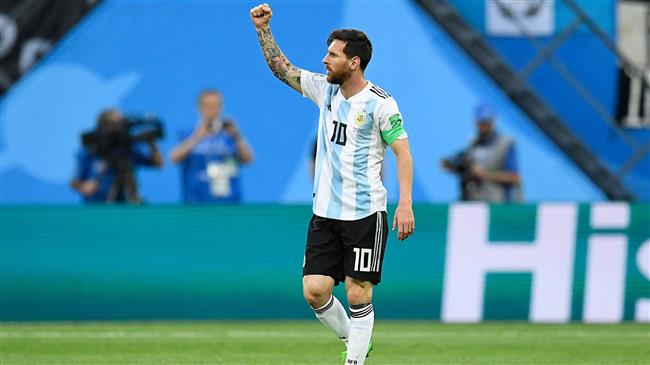 Brazil’s international players were reluctant to play in the Copa America on home soil. Now that they’re committed, they’re favourites to win it.

Argentina still looms as a threat to Brazil’s title defence, but now as a visiting team.

Argentina and Colombia were dropped as tournament co-hosts before Brazil contentiously stepped in late to stage the continental championship.

Being away from home takes some pressure off Lionel Messi and his Argentina team.

The Copa America will kick off Sunday with defending champion Brazil against Venezuela at the Mané Garrincha stadium in Brasilia. The final will be on July 10 at the Maracanã stadium in Rio de Janeiro, one of the Covid-19 epicentres in Brazil, where more than 480,000 have died from the coronavirus.

Eleven players have already tested positive for Covid-19 upon arriving in Brazil. Eight are Venezuelans and three Bolivians, football bodies of the two countries said on Saturday.

Bolivia’s first match in the tournament will be on Monday against Paraguay.

South American football body CONMEBOL stressed in a statement that “the matches will be played as scheduled”.

Brazil health minister Marcelo Queiroga said Venezuela players who have the virus will return only after they test negative. He said there’s no reason for the Brazil match not to take place on Sunday.

No spectators will be allowed to attend any Copa America matches because of restrictions in place for the pandemic, which has already delayed the tournament by a year.

Brazil players ended speculation about a potential boycott by issuing a unified statement on Wednesday saying they are “unsatisfied” with the decision to move the tournament to their country, but it wouldn’t stop them representing their national team.

And if South American World Cup qualifiers are anything to go by, the Copa America title is Brazil’s to lose. Brazil has won all six of its games and is six points clear of second place Argentina. With the likes of Neymar on board, coach Tite expects not only to defend the title lifted in 2019, but also use the next 30 days to prepare for the 2022 World Cup in Qatar.

Many tests are expected. Alisson is no longer the team’s unchallenged goalkeeper, with Ederson getting more chances to start.

Captain Casemiro is yet to find out whether he will play as defensive midfielder next to Douglas Luiz, Fred or Lucas Paqueta. And four options appear up front to work with Neymar: Gabriel Jesus, Roberto Firmino, Richarlison and Gabriel Barbosa.

Argentina placed third in the 2019 Copa America, but the team has improved under coach Lionel Scaloni.

And that means Messi, who turns 34 later this month, doesn’t need to be part of every play for Argentina to win.

“Argentina always dominates, sometimes in a very vertical way,” Scaloni said. “If you look at all our matches in qualifiers, we deserved to win. But at soccer, deserving doesn’t count.”

Argentina hasn’t won a major title since the 1993 Copa America.

Colombia has improved since the return of coach Reinaldo Rueda. It trashed Peru 3-0 in Lima and got a late equaliser to force a 2-2 draw after being two goals down against Argentina. Copa America could further enhance the team, which will not have midfielder James Rodríguez because of fitness problems.

Uruguay has struggled despite counting on Luis Suárez and Edison Cavani, who will return to the team after a two-match suspension in World Cup qualifiers. Uruguay hasn’t won any of its three latest matches on the road to Qatar.

“We have to be aware there’s things to improve as always and get ready for something that gives us a lot of aspiration,” Uruguay coach Oscar Tabárez said after Tuesday’s 0-0 draw with Venezuela.

Peru, the 2019 Copa America runner-up, is struggling in World Cup qualifying but hoping a 2-1 win at Ecuador earlier this week might spark a change in momentum. Coach Ricardo Garca decided not to bring in striker Paolo Guerrero, who is returning from injury. He will be relying instead on Santiago Ormeño, who plays at Mexico’s León.

Chile coach Martín Lasarte has decided to use an inexperienced squad in Copa America, making it more of a priority to qualify for the next World Cup.

“We will use it as a tool to strengthen younger players,” he said. Chile is currently in sixth place in qualifying.

The tournament will be divided into two groups of five. Group A includes Argentina, Bolivia, Uruguay, Chile and Paraguay. Brazil is in Group B with Colombia, Venezuela, Ecuador and Peru. The four best of each group advance to the knockout stage.

The semifinals will be at the Nilton Santos stadium in Rio on July 5 and in Brasilia the next day.