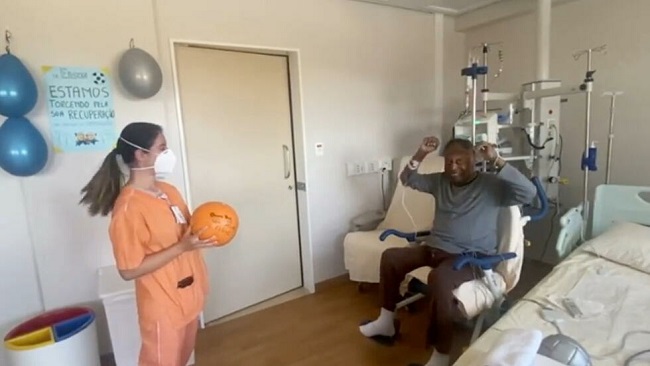 Brazilian football legend Pele was released from hospital Thursday after undergoing surgery for a colon tumor, but will continue undergoing chemotherapy, his medical team said.

Pele, 80, had been receiving treatment at Albert Einstein Hospital in Sao Paulo since August 31, after a suspected tumor was detected during routine tests.

The player considered by many the greatest footballer of all time is in “stable” condition, doctors said.