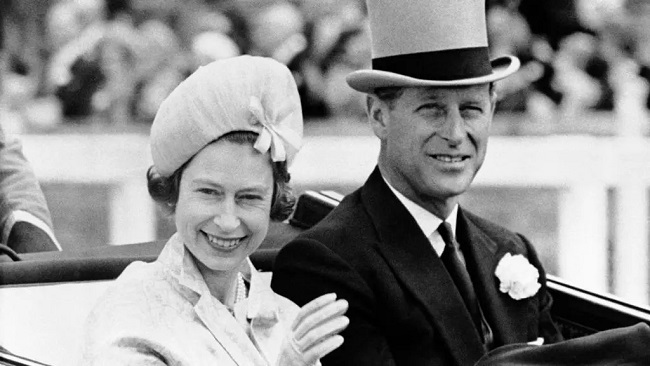 Prince Philip, the Duke of Edinburgh, died peacefully at Windsor Castle on April 9 at the age of 99 after seven decades at the heart of public life as consort to Queen Elizabeth II.

“It is with deep sorrow that Her Majesty The Queen announces the death of her beloved husband, His Royal Highness The Prince Philip, Duke of Edinburgh,” Buckingham Palace said in a statement.

A charismatic figure famed for his deep sense of public duty, Prince Philip was the longest-serving consort of any British monarch after his marriage to Her Majesty in 1947 and her accession to the throne in 1952.

Philip was seen as an embodiment of British culture. But as with many nineteenth- and twentieth-century British royals, his family origins were a largely continental mix.

He was born on the Greek island of Corfu on June 10, 1921 to Andrew, Prince of Greece and Denmark and Princess Alice of Battenburg, a royal from the ancient German principality of Hesse and a great-granddaughter of Queen Victoria.

A war hero of continental origins

Philip considered himself Danish first and foremost – but also showed pride in his Russian as well as German and Greek roots. As a descendant of the Romanov dynasty, Philip gave in 1993 a DNA sample that identified the bodies of Tsar Nicholas II, his wife and five children in an unmarked Siberian grave – dispelling the legend that the young Grand Duchess Anastasia had escaped the Bolshevik firing squad in the 1917 Russian Revolution.

Philip’s family left Greece as a baby when the royal family was exiled in 1922, as his uncle King Constantine I was blamed for the country’s defeat in the Greco-Turkish War. He was then educated in France and Germany. “If you couldn’t think of a word in one language, you tended to go off in another,” he later told The Independent of his polyglot family life.

He was at boarding school in Germany when Adolf Hitler took power in 1933. The school’s Jewish headmaster fled to the UK, where he founded the boarding school Gordonstoun in Scotland. The young Philip went with him.

On the advice of his uncle, Greece’s King George II, Philip pursued his training in the Royal Navy upon leaving Gordonstoun in 1939, as the spectre of Nazism menaced Europe. He served with bravery throughout the Second World War – principally in the Mediterranean theatre, where he was commended for his role alongside Greek forces in the 1941 Battle of Crete.

But Philip’s greatest moment of the war came during the 1943 Allied invasion of Sicily, a year after he was made first lieutenant of HMS Wallace. A Luftwaffe bombing campaign mercilessly attacked the ship, determined to destroy it, until Philip hatched a plan to set off smoke flares, fooling the German bombers into thinking they had already sunken the boat. Without Philip’s actions, those aboard would have had “little chance of survival”, one veteran recounted sixty years later.

During the war Philip corresponded with the then Princess Elizabeth. They had met in 1939 when he escorted the future Queen and her sister Margaret during their father King George VI’s visit to the Royal Naval College, where Philip was training. The 13-year-old Elizabeth fell in love with 18-year-old Philip and decided she wanted to marry him.

They were married in Westminster Abbey in 1947, months after Philip renounced his Greek and Danish royal titles and became a British subject. On the morning of the wedding, George VI made him Duke of Edinburgh.

Philip continued his naval career, spending a year in charge of the frigate HMS Magpie – again in the Mediterranean, where much of the Royal Navy was stationed to deter the expansion of communism – until his career at sea ended in 1951. With George VI’s health failing, the Duke became a full-time consort to the future Queen.

‘Will you walk with me?’

On February 6, 1952, George VI died and Her Majesty ascended to the throne. Philip became renowned for his commitment to public service, completing more than 22,000 solo engagements over 65 years until retiring from public duty in 2017 at the age of 96.

The Duke was either president or patron of some 780 charities and organisations that promoted causes such as environmental conservation, science and technology and participation in sport.

He played an instrumental role in founding the World Wildlife Fund in 1961, serving as the first president of its UK branch, then serving as president of the global organisation from 1981 to 1996 – using the pomp and circumstance of British royalty to help make the WWF an influential environmentalist force across the globe.

Philip’s most famous charitable cause in the UK was the Duke of Edinburgh Award, a programme for young people he set up in Britain in 1956 before expanding to 144 countries. It remains popular: More than 400,000 young Britons are currently completing their DoE, as it is commonly known. The award develops people’s skills and boosts their well-being through requirements including rigorous training in sport or fitness, volunteering for charitable causes and – most famously – the planning and undertaking of a challenging expedition over natural terrain.

The Duke was also known for his gaffes. At his wife’s coronation with one of the Crown Jewels the year after her ascension to the throne, he asked Her Majesty: “Where did you get that hat?” To a group of young deaf people standing next to a very loud steel band in Cardiff in 1999, he said: “If you’re near there, no wonder you’re deaf.” In 2002, when Her Majesty asked a young army cadet blinded by an Irish nationalist bomb how much he could see, the Duke said: “Not a lot, judging by that tie.”

When a member of the public told Philip, “I’m sorry to hear you’re standing down” after his retirement was announced, the then 96-year-old responded: “Well, I can’t stand up for much longer.”

But Philip famously deployed his softer side in the aftermath of Princess Diana’s death in 1997, one of the most difficult weeks of Her Majesty’s reign. The 15-year-old Prince William, who had grown very close to Philip during family holidays, was reluctant to walk behind the coffin at the state funeral, keen to mourn his mother as privately as possible. But the Duke persuaded him: “If you don’t walk, I think you’ll regret it later. If I walk, will you walk with me?” he said.

A few months later, at an event to mark their Golden Wedding anniversary, the Queen paid tribute to Prince Philip: “He is someone who doesn’t take easily to compliments but he has, quite simply, been my strength and stay all these years.” She echoed this upon her Diamond Jubilee in 2012, describing him as a source of “constant strength” throughout the course of their marriage.

Philip gave Her Majesty this support during her record-breaking reign as an immutable incarnation of the British nation – through dizzying change over an extraordinary timespan. Britons see her as their greatest ever monarch.

Given Prince Philip’s role in supporting their Queen over more than seven decades of marriage, his biographer Gyles Brandreth wrote, “the joint author of that success has been the Duke of Edinburgh”.