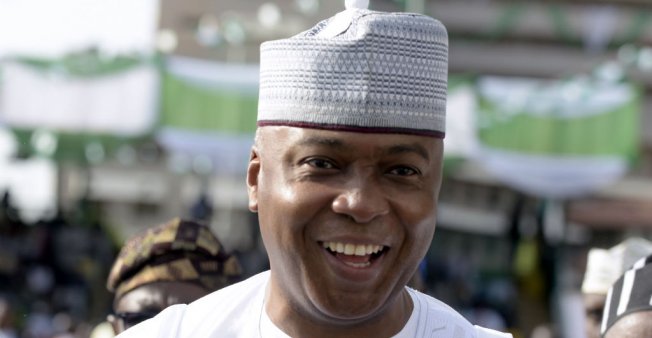 Buhari presiding over a divided Nigeria 0

Senate President, Senator Bukola Saraki has described Nigeria under the control of President Muhammadu Buhari as a divided nation, where citizens don’t have a sense of belonging. The 2019 presidential aspirant of the Peoples Democratic Party (PDP) said this in Abeokuta, Ogun State on Monday while meeting with PDP delegates in Ogun State.

According to Saraki countries all over the world now vote healthy and capable leaders who can unite their nations. He urged Nigerians to follow suit by voting a visionary and energetic leader as her next president.

“Today in Nigeria, we are here at the crossroads. The country is divided and to unite the country, we need someone who will make everybody feel a sense of belonging. Today, there is no sense belonging in some parts of the country. “We need a president that rules and represents Nigeria. We want a president where everybody will say they belong here. Where there is no unity, there can never be progress. After unity, we can talk about development and progress. “A lot of our people are suffering because you cannot give what you don’t have. We need a visionary leader. It is time for us in Nigeria to have a visionary leader. We need a man that has the ability and that can perform. “Today, there is a new order over the world, we have seen it in Asia, America, and Europe. We are seeing people bringing in new, dynamic and energetic presidents and more importantly, digital presidents. “Out of the aspirants that have come out, I believe that my track records have shown that I have the ability and capacity to stand for what is right. When we talk about insecurity, it takes a courageous leader to say this is right and this is wrong, this is fair and this is unfair. “It is time we have a leader that will stand for justice, to do things the way it needs to be done. We should stop saying presidents can only come from one part of the country. We should start asking who is more capable, who is ready to carry the people along?” Saraki added.