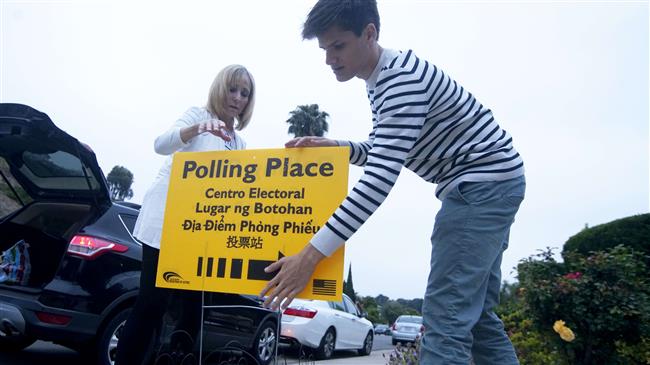 Voters have gone to polls in eight states to choose candidates in primary elections that will eventually determine whether Democrats or Republicans take control of the United States Congress during the era of President Donald Trump.

Gaining California district’s seats is seen by Democrats as a vital step in their plan to take back the House. For this reason, Democrats have made huge effort to win 10 of the 14 seats held by Republicans in the Golden State.

Trump in a series of tweets backed Republican candidates.

“In High Tax, High Crime California, be sure to get out and vote for Republican John Cox for Governor. He will make a BIG difference!” Trump tweeted on Tuesday.

After California, the state that is most crucial to the Democrats plan of taking back the House is New Jersey where all but one of its five Republican-held House seats are considered up for competition.

“I don’t think the Democrats can take the House without New Jersey,” said Brigid Harrison, a political science professor at Montclair State University.

Alabama, Iowa, Mississippi, Montana, New Mexico and South Dakota are the other six US states where voters on Tuesday will choose candidates in primaries.

The Democratic Party’s needs to flip in total 23 GOP-held seats to regain control of the House of Representatives in fall.