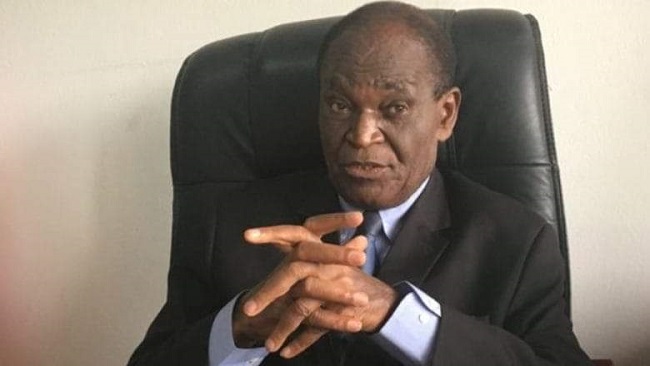 The family of late Dr. Chemuta Divine Banda has initiated court action against the Cameroon Radio Television, CRTV, for falsely announcing that the human rights activist died of COVID-19.

A family member of the late chairman of the National Human Rights Commission was quoted as saying that both CRTV and the 8:30 p.m. TV news presenter, Adele Mbala Atangana, have been sued jointly and severally.

When Dr. Chemuta Banda died of an undisclosed illness at a medical facility in Yaoundé Monday, May 18, 2020, the 8:30 p.m. news presenter was categorical in attributing the death to the novel coronavirus.

“Even after it emerged from a death certificate which the family is brandishing, that the man did not die of COVID-19, the state-owned broadcaster still went ahead to post the story on YouTube and CRTV website,” the Guardian Post reported in its issue N° 1890 of Friday May 22, 2020 and added that the remains of Dr. Chemuta Banda were preserved at the mortuary of the Yaoundé General Hospital long before the CRTV 8:30 p.m. news bulletin of that day linking his death to the virus.

Barrister Ndong Christopher told The Guardian Post that the deceased’s family could claim damages of up to even half a billion francs FCFA given that by linking the late Dr. Chemuta Banda’s death to COVID-19, “CRTV has caused untold damage not only on the deceased but especially on his family members…even a dead man has and maintains his dignity.”

It is vital to include in this report that on May 15, 2017 CRTV’s top anchor lady Adele Mbala, while presenting the 8:30 p.m. prime time news on state television, read names of ministers and other officials presumed to have been named into the government of French President Emmanuel Macron. She reportedly got the unfounded information from social media.

The diplomatic row erupted between Paris and Yaoundé and prompted an extraordinary session of the Board of Directors of CRTV that ordered the removal of Adele Mbala from her position as Director of TV information.

Culled from Cameroon Info.Net with additional editing from Rita Akana