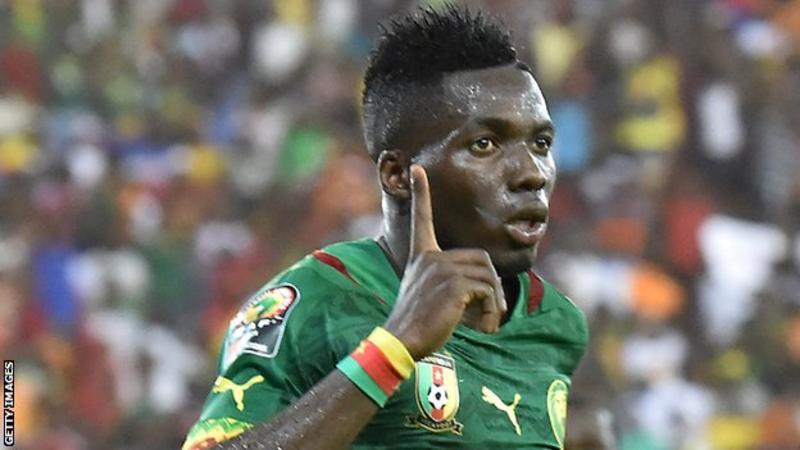 Cameroon international defender Ambroise Oyongo said he was delighted to score his first goal for French club Montpellier since joining from Major League Soccer (MLS) side Montreal Impact in January.

The 27-year-old’s crisp half-volley in the 77th minute earned La Paillade a hard-fought 1-0 away victory over Reims on Saturday night.

“I feel happy to get my first goal – it was difficult for me to come back from a lengthy injury,” he told BBC Sport.

“I’ve only played two games before this game, but I’m delighted to give my team all three points against a tough team.”

Oyongo, who moved to France after he ruptured a tendon, was making only his sixth appearance for the Ligue 1 club.

“I have been pushing myself in pre-season to get to the best level I can be. Everyone has helped me settle in. I just need to keep it going both at club and national team level.”

As he shifts his attention to international football with Cameroon, Oyongo has urged the fans to back new manager Clarence Seedorf and his assistants as they face Comoros in a 2019 Nation Cup qualifier next weekend.

“The fans want success and I think they will just be happy to see the team winning again,” added Oyongo

“Seedorf and Kluivert are legends, it is good for Cameroon to have this calibre of coaches and they need all the support.

“It’s not about the names, all the players must respect the coach because he is the boss.

“If we all work together I believe the country will do very well under this new set up.”

Oyongo began his career at Coton Sport in his native Cameroon, where he won three league titles between 2010 and 2014.

He had a brief spell with MLS club New York Red Bulls in 2014, before switching to Montreal Impact in January 2015.