This period is always a difficult one for the entire North American continent, especially the United States and Mexico who are always in the eyes of a storm. Recently, Harvey hit the US, like a ton of bricks, leaving Houston totally under water. Many thought it was all over and that Americans could heave a sigh of relief. But that was not going to the situation as Irma, another dangerous hurricane had been preparing to hit Americans where it hurt the most. This time around, when it touched down, it left a trail of death and destruction in the Sunshine State of Florida, after having battered Cuba on Saturday with deafening winds and relentless rain, pushing seawater inland that flooded homes and knocked out power across a wide area.

Meanwhile, in other Caribbean islands, the story has been heartbreaking. Islands already reeling from Irma had to prepare for a second pounding from another hurricane called Jose.The twin Category 4 storms had desperate residents seeking shelter across the region. In Cuba, high winds from Irma brought down trees, utility poles and made a mess of the streets with debris strewn all over the place. On the French overseas islands of St. Martin and St. Barts, Jose was expected to bring torrential rains and dangerous currents to their shores. 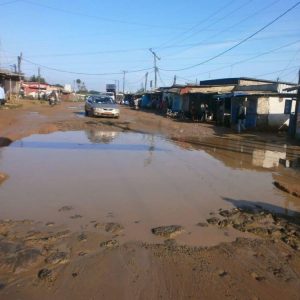 If the Caribbean islands and North America think they have been hit by any strong hurricanes, then they are clearly mistaken. Hurricane Biya which has destroyed everything in Cameroon over the last 35 years remains the strongest hurricane to have visited any people in recent times. It has killed many Cameroonians and left millions in very challenging circumstances. Cameroonians are out of tears. They are sick and tired of crying. Hunger, health issues and a dangerous government have reduced them to sorry spectators of events in their own country. The international community will surely be taking a good decision to help them check the fury of Hurricane Biya if Cameroon will continue to exist as a country.

By the editorial desk.