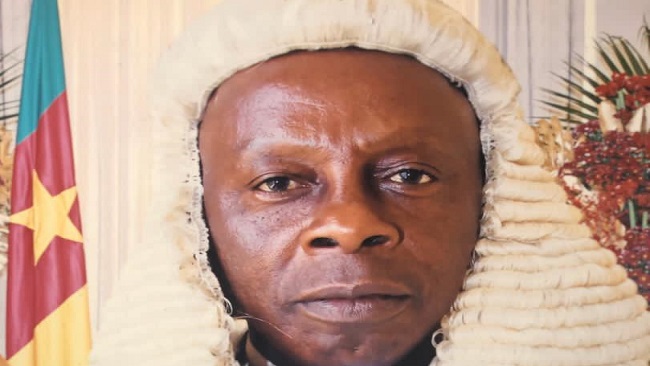 The death of Justice Ngu Ngwa the current Vice President of the North West Court of Appeal has led to an outpouring of tributes all over the globe, with many describing his impact on the Cameroonian legal system as immeasurable.

Cameroon Concord News Group Chairman Soter Agbaw-Ebai who led the tributes to the 64-year-old said: ‘Justice Ngu Ngwa’s passage is a great loss to the legal profession and the country. But we must thank God for his gift and worthy life. The challenge is for the law family to sustain his legacy.’

The late Justice Ngu was a great mentor and will be remembered for the Government High School Mamfe Parents Teachers Association judgment on corruption.

Many Lawyers were loathe to appear before him as he had a reputation of ensuring that lawyers put in their best into the conduct of their cases … some even wrongly considered him as snobbish when in truth it was simply a mark of his own confidence and his belief that excellence in the profession must be the continuous objective of all involved in its practice.

His judgments … attest not only to his sterling performances as a judge, but more importantly, to his humanity.

Justice Ngu’s professional journey started in Ndian County where he served as State Counsel in Mundemba in 1988. He was later appointed President of the Court of First Instance in Kumbo, the chief town in the Bui County and from there he became the pioneer Magistrate in Nkwen, Bamenda. He was moved to Mamfe and after several spells in both French and Southern Cameroons; he was made pioneer Administrative Judge in the South West Region.

The renowned judge, on Saturday, December 12 died in a Yaoundé hospital following a short battle with cancer after being transported from Big Mbingo. The late judge was born December 10, 1956 and he is survived by 8 children and a granddaughter.