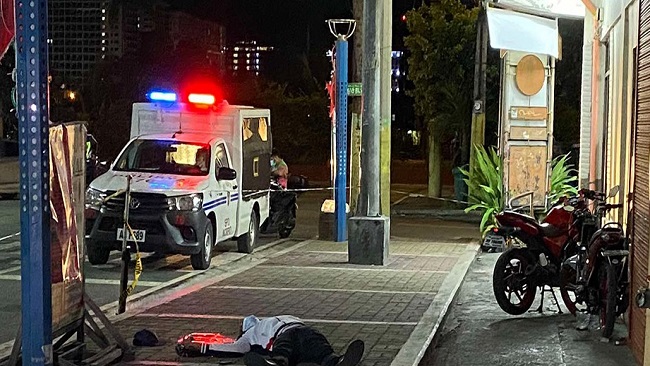 A Cameroon national was gunned down by a still unidentified assailant while walking along streets of Barangay 13, Zone 4 in Pasay City on late Monday night, police said Tuesday.

Initial probe showed that the victim was walking along Arnaiz Street corner Roxas Boulevard Service Road when a suspect, wearing jacket, pants, and facemask, suddenly appeared and fired his handgun at the victim’s neck at close range at about 11:30 p.m.

Komfun died on the spot while the suspect went to F.B. Harrison to escape the crime scene. Police responded to the scene after they received the call regarding the shooting incident.

The Scene of the Crime Operatives team under Police Lieutenant Judilyn Kodiamat recovered an empty shell of a cal. 45 firearm in the crime scene.

The motive behind the killing is still being determined during the probe, police said.

Based on closed circuit television footage, Sinas said Komfun was about to meet a certain individual in the area before being killed.