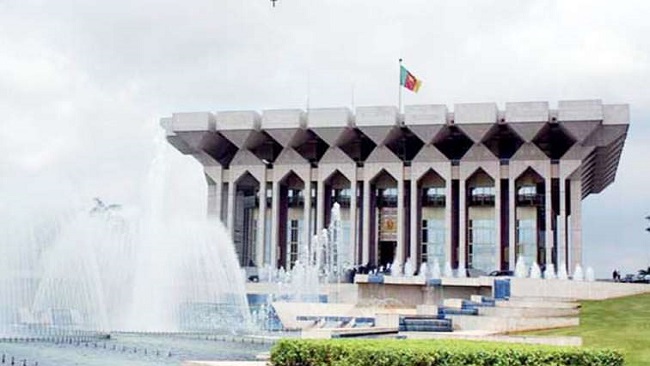 Cameroon: Playing games with our minds 0

2018 is an election year and it appears all tricks are acceptable, especially when there are no real economic and financial results that can endear a government to its people. True to its philosophy, the CPDM government yesterday March 22 staged a new show, using Vision 4, a local TV channel, to announce that the former minister of water and energy, Basil Atangana Kouna (BAK), who had fled the country last week when news of his impending arrest was released to the public following allegations of fraud and embezzlement when he was the head of Cameroon’s water corporation (CAMWATER) had been brought back to the country.

BAK, as he is popularly called, was until early March the powerful minister of water and energy who had transformed himself into a weapon of mass destruction for young jobless Cameroonians, many of whom have been condemned to wearing diapers for the rest of their lives. BAK has left behind a trail of destruction and corruption wherever he has been to. At CAMWATER, the mess he left behind is still flowing and it has made its way to many neighborhoods. Even in Yaounde, the nation’s capital, there are many neighborhoods without water and electricity and this has gone on for years. BAK had decided to line his pocket instead of using the money for the purpose for which it was intended.

Being aware of the fate that was awaiting him following his dismissal from government, BAK gingerly hatched a plan that would spare him a long jail term. BAK had left Cameroon surreptitiously on board a Turkish airlines flight to Montreal a day before he was expected to appear in court to answer for all his financial and economic crimes. His ordinary and diplomatic passports had been seized a weak before he disappeared. His disappearance was plotted with the connivance of top government officials and senior security and intelligence officers.

BAK’s trip to Montreal had been brought to the attention of Cameroon Concord News Group on the same day he was leaving the country. A former Cameroon government undercover security agent who fled the country, had reliably informed our senior correspondent in the Ivorian capital, Abidjan, where he is living that Atangana Kouna would not be attending the court session scheduled for last Friday. The agent, who is struggling with life in Abidjan, is very bitter with the way things are turning out in Cameroon. He disagrees with BAK regarding the manner in which he has managed the energy ministry and CAMWATER, but points out that there are lots of bad elements in the system.

He argued that corruption had spread across the country like ragweed and if care was not taken, Cameroon could implode. He said many young soldiers had lost their lives in the north of the country and in the Anglophone regions, but the government was keeping things under wraps. He added that some had been killed by senior military officials due to little disagreements. The south region native stressed that the Minister of Defense, Joseph Beti Assoumou, was destroying the military, adding that his new policy of dismissing soldiers and imprisoning others for asking for their money could one day come back to bite the government. He promised to speak to our correspondent on the divisions within the ministry of defense, stressing that he had a lot to spill.

BAK’s choice of Montreal is not in error. BAK owns a mansion in an upscale neighborhood in Canada’s second largest city, Montreal. For security reasons, Cameroon Concord News Group has decided to withhold his home address. His property is estimated at more than one million dollars. Cameroonians in Canada had been planning a huge demonstration to take place in front of his mansion to let neighbors know that they were sharing their beautiful neighborhood with an embezzler and a homosexual whose actions have resulted in many deaths in his native Cameroon.

It should be recalled that BAK is not the first Cameroon government official to escape to Canada following threats of arrest by a government that has the nasty habit of jailing its real and perceived enemies for a long time without trial. Florent Ely Etoga, CRTV’s first general manager who passed away two months ago, had also embezzled CRTV’s budget and fled to Côte d’Azur in France where he lived for many years before returning to Yaounde to spend his last days. Years after, Messi Messi joined the club of embezzlers. He had once headed a prosperous Bank in Cameroon until it was alleged that he had engaged in financial malfeasance. He promptly skipped town and emerged in Montreal.

His saga started on April 19, 1992, when Garga Haman Adji, the then Minister of Public Service and State Control, announced that the Disciplinary Council of the Office of Budgetary Control (IGERA) had charged Robert Messi Messi, the former Director of the Société Camerounaise de Banque (SCB), with embezzlement. Messi Messi had already been fired as General Manager of SCB in August 1988, barely a month before the bank collapsed under the weight of its mountain of bad loans estimated at more than CFAF 150 billion. Over one thousand employees also lost their jobs in the process and many have since died due to stress and frustration.

IGERA had accused Messi Messi of swindling over CFAF 2 billion (CFAF 2,285,178,792 FCFA) and asked him to explain the whereabouts of another CFAF 45 billion missing from SCB coffers. IGERA barred him from holding public office in Cameroon for a 10-year period, and instructed the Minister of Justice to begin judicial proceedings against him. Messi Messi was also handed a CFAF 2 million fine.Instead of accepting his punishment, he simply skipped town, choosing Montreal as his destination of choice. He later sought asylum in Canada on political grounds where he is living today like a lord.

While in exile, he was interviewed in Switzerland by Celestin Monga, today a vice president at the African Development Bank in Abidjan, where Mr. Messi Messi alleged that most of the money had been taken by the country’s first lady and his family who kept on showing up in his office with notes from the Unity Palace that they be given money. The Unity Palace has never confirmed or disconfirmed that information, but what is clear is that the taxpayer had been robbed of a huge amount of money.

Atangana Kouna’s story is a déjà vu. Same people, same comedy. The story about his return to Cameroon on Thursday, March 22, 2018, is more of a distraction and part of a game that is designed to enrich certain people. The government of Cameroon is famous for playing games with the minds of its people. Alcohol consumption, which is a favorite pastime in Cameroon, seems to have reduced the people’s ability to think and analyze issues independently.

The government is aware of this and it is making hay while the sun shines. Elections are in the offing and there is no better way to distract a people who have been rendered helpless due to tough economic times. The government has weaponized poverty and it is using it to keep Cameroonians under control. Poverty can disarm even the bravest and it has indeed robbed Cameroonians of their mental capabilities and dignity. To the developed mind, yesterday’s story has produced more questions than answers. It is hard buying into the story that Atangana Kouna has been brought back to Cameroon “manu militari” from Nigeria.

The pictures of a plane purported to be carrying Basil Atangana Kouna do not tell any story. There were no pictures of BAK. If the photographer could take pictures of the airplane, why could he not take pictures of BAK as he alighted from the Chinese made airplane in handcuffs? Which other way could have been used to convince skeptics about the government’s determination to bring back criminals to Cameroon for them to answer for their crimes?

In all of the noise, nobody, not even those who broke the news, have made mention of the airport whence the flight originated. The story has only been that he has been brought back from Nigeria. From which airport did the flight originate? Cameroon Concord News Group wants to get to the bottom of the matter. It is prepared to send its reporters to gather more information in Nigeria. However, it needs the originating airport in order for it to do a clean job.

After all the buzz about BAK returning to Cameroon and being taken to the famous SED, Cameroon Concord News Group on Friday dispatched its West Africa Bureau Chief, Kingsley Betek,  to SED to talk to some of his contacts who have always elected anonymity. According to one of them “BAK is a huge, handsome, and fair in complexion guy with a physical presence. If he is around, it will be easy to see him even from a distance. I have not seen anything extraordinary around here, but I will have my ears to the ground and will advise you whenever anything pops up.”

The government is at its wit’s end. Its poor economic performance is coming back to haunt it. Corruption has become a norm in the country. As elections approach, the government needs something to distract Cameroonians. The Southern Cameroons crisis has diminished the government’s credibility and it is scrambling for other means that may make it look credible in the eyes of the poor and desperate population. Playing games is its forte. It has been playing games with so many minds. When will it face reality and quit playing games with our minds?

By Soter Tarh Agbaw-Ebai and Kingsley Betek with correspondent reports