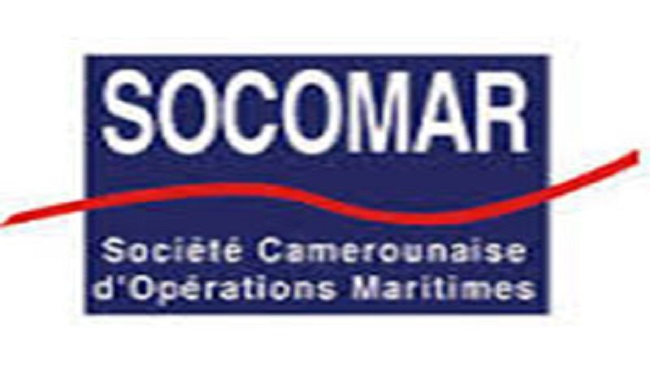 The second-hand goods business has known heydays in Cameroon, but current trends are a little disturbing for both users and importers of these goods. In Cameroon more than 80 percent of the population survives thanks to second-hand goods imported mostly from Europe and North America.

Users of these products are usually considered as low-income earners whose resources cannot let them walk into some of the chic shops in the country. In the past, while the rich considered these goods as being underneath their social class, users of imported second-hand good held that  these goods were not only more durable  than brand new goods, they were within reach financially. 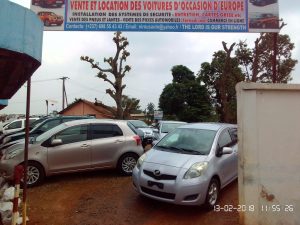 Talking to some second-hand household equipment retailers at the Obili and Essos neighborhoods in Yaounde, we figured out that the high prices are due to high importation cost importers have to pay to get the goods into Cameroon.

While retailers blame this unfortunate situation on importers of these goods, the importers, for their part, blame the unfortunate situation on high taxes, corrupt customs officers and high custom duties. Many Cameroonians hold that D.I.T, the company in charge of imported containers at the Douala seaport, is also to blame due to arbitrary decisions and corrupt practices that are hurting Cameroonians financially and the company’s reputation.

According to the car importers and clearing agents, the increase in these two taxes in particular and the dereliction duty on the part of SOCOMAR authorities are deliberate attempts by these authorities to extort money from them.

Many used car importers hold that SOCOMAR is one of the most corrupt company at the Douala seaport. It is common knowledge that custom officers and other taxation officers usually use coded language like “five greens, two greens, one green and half green” to refer to CFAF 50,000, CFAF 20,000, CFAF 10,000 and CFAF 5,000 respectively when asking for a bribe.

Talking to some clearing agents on the coded language used by custom officials, they all angrily referred to a certain Muslim lady who is an Inspector of customs at SOCOMAR whose name Cameroon Concord News has decided to withhold. 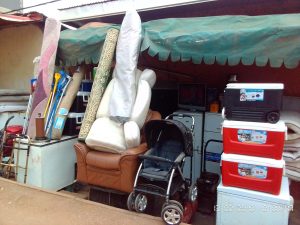 It should be recalled that on December 22, 2017, the National Anti-Corruption Commission (CONAC) published a list of 21 custom officers who own many luxurious buildings in Cameroon and bank accounts of over CFAF 134 million. Cameroonians are still waiting to see if legal actions will be taken against them.

Many are also looking forward to this ill-gotten wealth to be recovered by the state. On August 4, 2016, Cameroon and the European Union signed an economic partnership agreement exempting some goods from taxes and custom duty with the objective of improving the country’s economic situation.

Despite these exemptions, the country’s economy is not improving as thought. Many importers are still facing the same situation and corruption that has made life challenging to the ordinary man is still persisting and blighting many lives.

Meanwhile, President Paul Biya in his February 10, 2018, speech to the country’s youths, blamed the economic hardship in the country on the insecurity in the Northern Region as well as the Anglophone crisis that has been playout for over fifteen months.

He tactically avoided touching on  the corrupt activities of government officials who due to continuous unnecessary increase in state budget have  created  loopholes that are helping some individuals to line their pockets to the detriment of ordinary citizens who are made to pay some of those punitive taxes.

For two years running, custom duty and other taxes have been increased and this is discouraging many young businessmen who want to join the goods importation business. This is not pleasing to many young Cameroonians who hold that business will be an opportunity for them to escape poverty and unemployment that have transformed the country into a living hell.