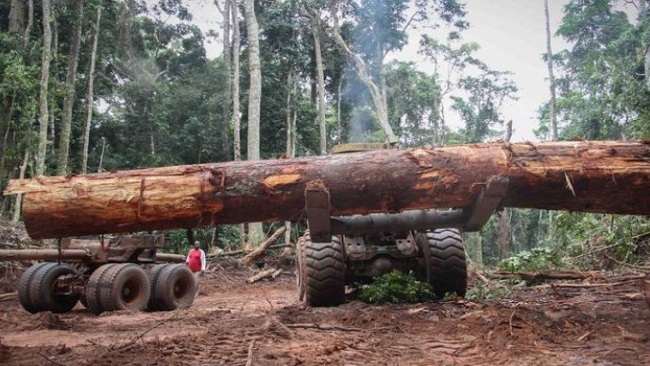 A company in Cameroon is illegally clearing land to start a giant oil-palm plantation encroaching on a key biodiversity zone in the Congo Basin, the world’s second-largest tropical forest, according to Greenpeace. The company has rejected the allegations.

Cameroon Vert, known as Camvert, this year began developing a 60,000ha palm-oil plantation in a forest previously earmarked for logging in the South Region of the country. Once completed, the project will be among the biggest palm-oil operations in central Africa and yield about 180,000 tonnes of the edible oil annually.

The forest was declassified and designated for commercial agriculture in November even though the environmental impact assessment hadn’t been completed, according to Greenpeace. In April, the ministry of domain and state property authorised the company to start clearing 2,500ha.

The project violates both Cameroonian law and international standards and threatens the livelihood of indigenous communities, Greenpeace said in a report to be published on Monday.

Camvert rejected the allegations, saying the project “was created in full respect of national and international laws and after serious consultations with government administrations, environmental organisations and the local population”, according to project manager officer Mamoudou Bobbo.

The forest has outlived its usefulness for the logging industry as it has been damaged, Bobbo said in an interview in the capital, Yaounde. “Oil palm trees are trees like any other and cannot affect the climate negatively as claimed by Greenpeace,” he said.