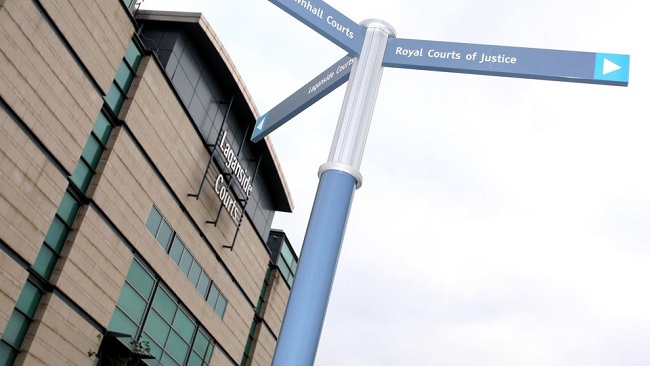 The 26-year-old Cameroonian national, of no fixed abode, pleaded guilty to a charge of indecent behaviour.

He was arrested after police were alerted on October 15 this year.

The court was told a member of the public reported seeing a man matching his description walking through Merville Garden Village in Newtownabbey.

Nguegoub was detained on the Antrim Road in Newtownabbey later that day. Defence solicitor Stewart Ballentine stressed his client made an immediate admission.

“He accepts his behaviour was totally unacceptable and may have caused offence, but that wasn’t his intention ,” the lawyer said.

“He suffers from mental health problems, he said he had started to urinate and then followed on from that.”

Mr Ballentine disclosed that Nguegoub had travelled from his native Cameroon to stay with his sister in the Republic of Ireland.

“He then made his way north to Belfast on this particular day,” he added.

District Judge Fiona Bagnall imposed a £150 fine, with the defendant to serve three days in custody for any non-payment.