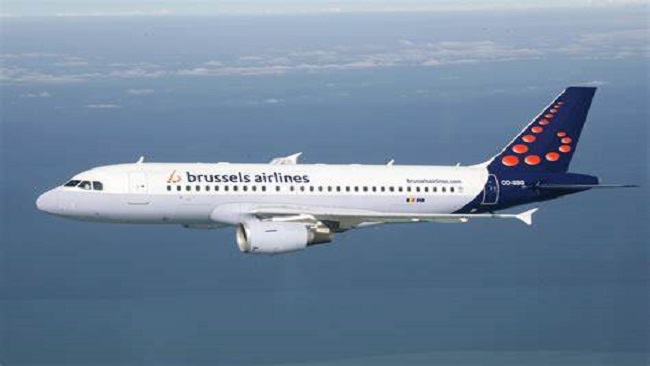 In the early hours of December 8th, a protest broke out within Terminal B at Brussels Airport (BRU). The protest consisted of a crowd of upset Brussels Airlines passengers. The passengers had departed on a flight only to be turned back around. Once at the airport, they were informed they would not be able to continue their journey. This angered many passengers to the point they attempted to block operations in the terminal.

On December 7th, at approximately 11:30 UTC, Brussels Airlines flight SN369 departed BRU. The flight was bound for Cameroon’s Douala International Airport (DLA). Roughly 30 minutes into the flight at flight level 310 over Southern France, the pilots decided to turn back to BRU after noticing a technical malfunction aboard the aircraft. The aircraft in question was an Airbus A330 registered OO-SFX. Upon nearing BRU, the pilots were instructed to enter a holding pattern. The aircraft remained in this holding pattern for nearly three hours before landing at BRU at approximately 15:35 UTC.

The passengers of flight SN369 remained inside Terminal B through the night, waiting to reboard the airplane once it had been fixed. Unfortunately for these passengers, no news of reboarding ever came. Eventually, they were given notice that the aircraft would not be able to complete the journey and that the flight was canceled. The airline informed the passengers that they would not provide another aircraft to complete this journey. It also informed passengers that the subsequent flight to DLA was fully booked and they would not be allowed to board that flight either.

At this point, passengers who were already upset became furious at the news that they were stranded in the terminal. The airline has been working to reroute passengers to their final destinations on other flights. Regardless of these efforts, many passengers decided to protest against the airline, and organized a sit-down protest in the terminal Thursday morning. This wall of humans completely disrupted airport operations within the terminal. Many protesters were shouting “Travel” in French throughout the protest. Airport police have been continuously working to de-escalate the situation.

A Spokesperson for BRU, Nathalie Piérard, stated the following concerning the situation,

“On Wednesday evening, a Brussels Airlines aircraft (an Airbus A330 registered OO-SFX) destination Cameroon was forced to return to Brussels Airport due to a technical problem. As a result, the aircraft could no longer return to Douala and the news was not well received by some passengers in the transit zone.

“When the passengers discovered that they couldn’t continue their journey on Thursday morning because the flight was fully booked and that they are not allowed to leave the transit area, they decided to block the access of pier B to all passengers.”

It is not yet clear if the protest has dissipated or not. Simple Flying has reached out to Brussels Airlines concerning the flight diversion and subsequent protest. This article will be updated once more information has been released.