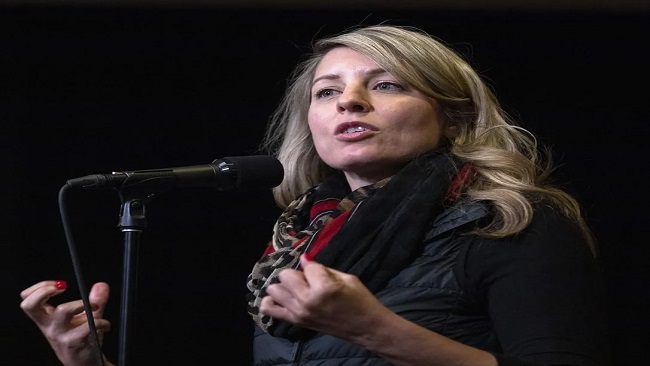 “Peace processes are always messy and take time, and this is a conflict that has been going for 40 years,” Joly told reporters on the sideline of a cabinet retreat in Hamilton.

“Our goal is to be patient and to take a deep breath.”

Ottawa announced last Friday that it has been leading discussions between the government of Cameroon and separatist groups, who have been in a conflict that has violently escalated in recent years. Joly’s office says there were already three meetings that took place in Ontario and Quebec.

“We were approached by the Cameroon government, and we also had a UN representative present during the mediation,” Joly said Tuesday.

Yet the Cameroon government said on Monday that it had never sought any external mediator.

René Sadi, Cameroon’s minister of communication, wrote in a news release that Cameroon “has not entrusted any foreign country or external entity with any role of mediator or facilitator to settle the crisis.”

Cameroon’s High Commission in Ottawa did not respond to a Tuesday interview request.

Years of fighting and strife have displaced nearly 800,000 people in the country, in a conflict over how the largely English-speaking western region of the largely francophone country should be governed.

Colonial powers carved out the borders of west-central Africa, delineating Nigeria and Cameroon and rejecting local demands to form an independent state, known as Ambazonia.

The ongoing civil war has displaced nearly 800,000 people in the country, killing more than 6,000 people since 2017 and leaving 600,000 children without full access to an education.

According to the United Nations, there has been continued fighting between state security forces and armed groups that has led to the killing and displacement of civilians, including attacks on schools and children.

Switzerland attempted mediation to end what’s known as the Anglophone Crisis in 2019, but Joly said those efforts failed.

She said Ottawa remains committed to helping the country reach a peace deal.

“Our sole interest in this is to make sure that parties are at the table,” she said.

A spokesman for Joly said Ottawa was in touch Tuesday with officials from the Cameroonian government.

Cameroon has been ruled by President Paul Biya for 40 years, and Human Rights Watch says his government has limited freedom of expression and association for opposition parties.

Aid groups have decried atrocities committed by both government and opposition forces.

Culled from The Canadian Press