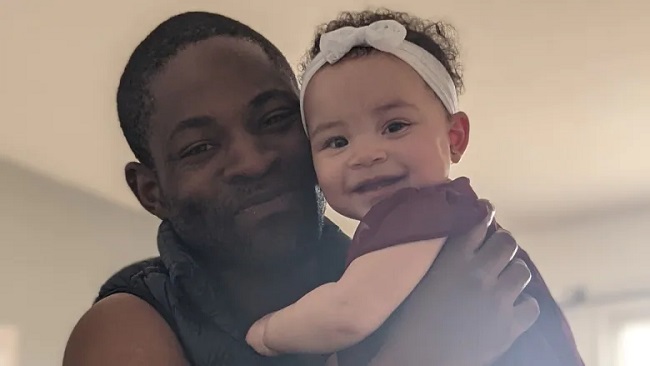 A mother of three young children is trying to raise money to send her husband’s body back to Cameroon after he was killed earlier this month in a car crash in Arnprior, Ont.

Franck Nana Ngassa, 32, died in hospital after rolling his car near Baskin Drive West on May 13, according to Ontario Provincial Police.

“He was a good father,” said Josie Pichette, his wife. “His kids loved him so much. Everybody, anybody that met him, loved him. He just had one of those personalities.”

The family is trying to raise about $19,000 to send Nana Ngassa’s body home to his central African homeland, so that his family can bury him according to local customs.

Pichette said she’d discussed with her husband his strong desire to be buried in Cameroon if anything were to happen.

“All of his ancestors are buried in the same place,” she said. “And that’s where he needs to go.”

Pichette said Nana Ngassa, a software engineer who moved to Canada to study at the University of Ottawa and Algonquin College, won her over with his bubbly personality and landed her phone number.

They were married nine months later.

A lover of cars, Nana Ngassa had bought one of his dream models, a E550 Mercedes-Benz, two months before the May 13 crash.

He had purchased the specific make and model for its safety features, Pichette said, but with that car in the shop, he’d taken a loaner out for a spin after she had gone to bed.

Pichette awoke to police knocking on her door at 1 a.m.

“I couldn’t breathe. I really could not breathe,” she said.

Pichette said it’s been difficult for their three children, Isaac, 6, Ethan, 3 and 11-month-old Makeba, who keep asking where their father is and calling his phone.

She said she’s been warmed by the Arnprior community’s outreach following her husband’s death, hearing from people she wasn’t aware knew Nana Ngassa.

That love, she said, is especially appreciated as people struggle with their own difficulties due to COVID-19.

Pichette is now determined to get her husband home.

While she may not fully understand the burial customs of Cameroon or the Banapeople he belonged to, Pichette said she knows her husband’s family wants to wash the body and prepare him for the afterlife.

With $3,000 raised so far, Pichette said she’s looking at remortgaging her house. She’s also sold some of her possessions, like the treadmill he gave her for Christmas, and said family overseas have also been raising funds to bring him home.