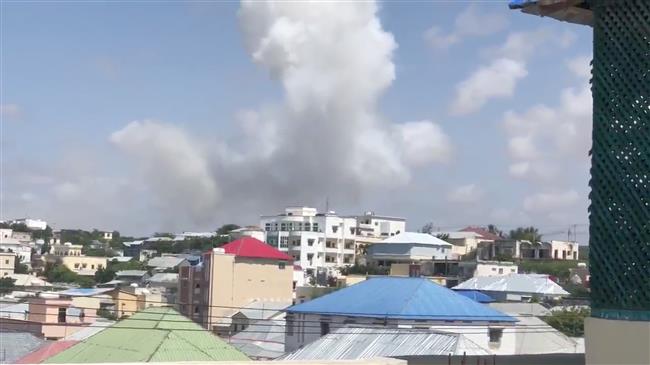 An explosive-laden car has rammed into a local government building in Somalia’s capital, Mogadishu, leaving an unknown number of casualties.

The Monday bombing attack was followed by gunfire, according to a Reuters eyewitness, who said huge clouds of smoke were rising above the city.

Other witnesses told the news agency that the government office had been destroyed in the blast.

“A suicide car bomb rammed into the office of Hodan district of Mogadishu. There are casualties but so far we do not have a figure,” said Major Mohamed Nur of the area’s police department.

One witness said he saw at least five people being taken away by ambulances.

No other details were reported. And there was no immediate claim of responsibility for the attack.

The al-Qaeda-linked al-Shabab terrorist group frequently carries out bombings and gun attacks in Mogadishu and other parts of Somalia.

The terrorists were forced out of Mogadishu by African Union forces in 2011. However, they still control parts of the countryside and carry out attacks against government, military, and civilian targets in the capital as well as regional towns every now and then.