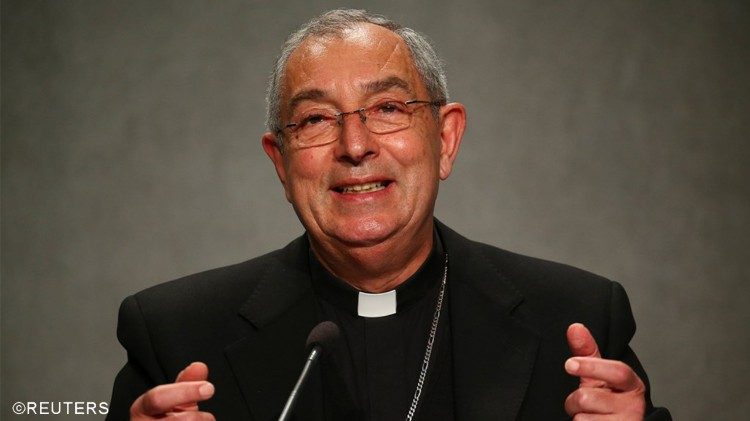 Pope Francis’ Vicar General for the Diocese of Rome, Cardinal Angelo De Donatis, was admitted to Rome’s Gemelli Hospital on Monday after testing positive for Covid-19.

The Cardinal is running a fever, but his general condition is currently good, and he has begun antiviral therapy. Cardinal De Donatis, following procedures in place to halt the spread of the coronavirus, has had fewer meetings with his staff at the Lateran Palace recently. As a precaution, his closest collaborators are in isolation. The Cardinal noted that he has not been to the Vatican in recent days, and has been in contact with the Pope only by phone.

Sharing in the suffering of others

“I am also experiencing this trial, I am at peace and confident”, Cardinal De Donatis said. “I entrust myself to the Lord, and to the prayers of all you, dear faithful of Rome!”

He added, “I live this moment as an opportunity that Providence has given me to share in the sufferings of so many brothers and sisters. I am offering my prayer for them, for the whole diocesan community, and for the people of the City of Rome”.

Entrusting ourselves to the hands of God

Since 11 March, Cardinal De Donatis has been celebrating a Mass every evening at the Sanctuary of Divine Love in Rome. The Mass is broadcast on the Bishops’ Conference television channel, TV2000, and is live-streamed on the Diocese of Rome’s Facebook page.

During the first Mass from the Sanctuary, on the occasion of the Pope’s act of entrustment to Mary, the Cardinal said that “the antidote, the therapy for the suffering of the present moment, is to entrust oneself to the hands of God. We are in His hands, and no one can tear us away from Him”.

Priests and Bishops on the frontlines

Catholic clergy have been particularly affected by Covid-19. Dozens of priests already succumbing to the disease in Italy alone. Last week, Salesian Bishop Angelo Moreschi, the Apostolic Vicar of Ethiopia’s Gambella Vicariate, became the first Bishop in the world to die of the disease.

Meanwhile, the Holy See, in solidarity with Italy, will be flying flags at half-mast on Tuesday, as a sign of mourning. The gesture is an expression of the Church’s closeness to the victims of Covid-19 in Italy and around the world, as well as to their families and to those who are generously fighting to end the pandemic.