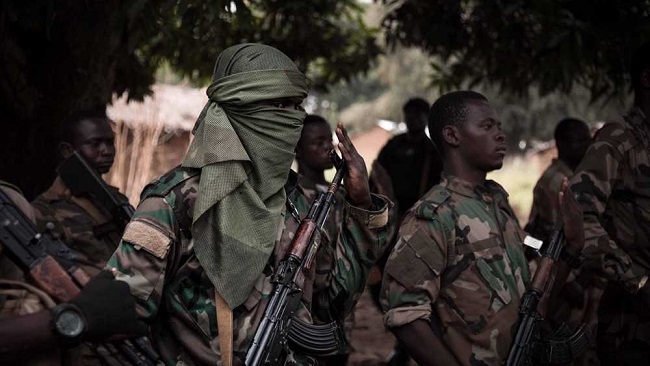 Armed rebel groups in the Central African Republic (CAR) have attempted to seize the capital Bangui, but saw their push thwarted by the security forces.

Prime Minister Firmin Ngrebada said in a post on Facebook on Wednesday that although the assailants were “in large numbers to take Bangui” at dawn, the security forces managed to “vigorously” push the rebels back.

Interior Minister Henri Wanzet Linguissara told AFP that two army brigades were targeted by the rebels nine and 12 kilometers from the capital.

The assaults were the first close to the capital and mark an escalation in the violence that erupted when President Faustin Archange Touadera was re-elected in December.

Explosions were also heard during the clashes.

A coalition of rebel groups accused of an attempted coup after their offensive to disrupt the December 27 election have vowed to march on Bangui.

The army, supported by the armed forces of France, Russia, Rwanda and the United Nations, has been battling those seeking to derail the disputed election.

Former President Francois Bozize came to power in a coup in 2003. He was ousted by a rebellion in 2013.

Ever since, chaos and clashes over power have killed thousands of people and forced over a million from homes.

The former president stands accused of plotting a coup with the help of armed groups. He denies the allegation.